The opening lines of author Charles Dickens’ 19th-century literary classic “A Tale of Two Cities” sums up the stark differences between 1790s London and Paris: “It was the best of times, it was the worst of times.”

Dickens might well have been writing about the stark dissimilarities between Vermont’s anemic economy and the Trump national economic boom.

Unlike the positive national job numbers for October, Vermont has hemorrhaged about 800 jobs since June of this year. Being such a lightly populated state, the reported loss is unnerving. 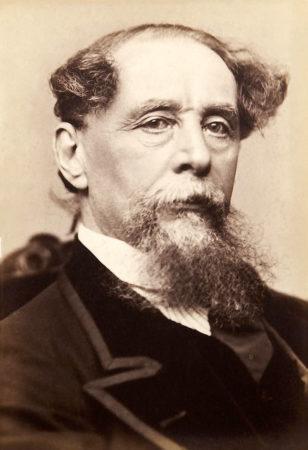 Charles Dickens’ 19th-century literary classic “A Tale of Two Cities” sums up the stark differences between 1790s London and Paris: “It was the best of times, it was the worst of times.” Dickens might well have been writing about the stark dissimilarities between Vermont’s anemic economy and the Trump national economic boom.

To illustrate the problem, the bad news came fast and furious during recent months:

• Dealer.com says its Vermont presence will grow despite handful of layoffs

Yet the Trump-era economy is booming with strong jobs numbers. For October, nationwide job creation stood at 128,000, topping estimates even with the on-going General Motors auto-workers strike.

Vermont has pockets of growth, mainly in urban centers. A recent commentary by retired University of Vermont economist Art Woolf addressed the disparities within Vermont — for example, why Vermont jobs and better incomes exist in clusters, mostly in Chittenden and Addison counties:

Why the big differences among all these cities and towns, with a (salary) range between $30,000 and $140,000? Some are due to the nature of jobs in the area, some the skill levels of the population — and those two are very much interrelated. … More job opportunities, better education and skill training for workers and a more fertile environment for businesses and entrepreneurs to flourish are all important and widely recognized as such. But they are very hard to design and implement.

Woolf has become one of Vermont’s most visible economic soothsayers, being quoted by Democrats and Republicans alike. He has been known to cite systemic Vermont problems including housing costs, youth flight, the birth rate, poverty and the high cost of education.

In recent comments that earned a “fact check” response from VTDigger, Gov. Phil Scott said that the decision to close the Energizer plant was “an unfortunate example of why those of us in Montpelier need to work together to make Vermont a more affordable place to do business and make sure our policies help businesses thrive rather than creating unique burdens and barriers to growth that make us less competitive with other states.”

Despite VTDigger’s critique of the governor, Rob Roper, president of the Ethan Allen Institute, defended Scott’s remarks in a Nov. 8 commentary.

“Why is it we never hear of businesses closing factories or offices in other states and moving jobs to Vermont? The Tax Foundation recently rated Vermont’s business climate as 44th in the nation, and CNBC rated us 40th. These ratings are not unique. Clearly, we have a problem. Scott was absolutely correct to point it out,” he wrote.

According to the Bureau of Labor Statistics, new jobs records were set in October. A record 158,510,000 Americans are now working, and the national labor force participation rate reached a Trump-era high of 63.3 percent. The unemployment rate for black Americans hit a record low of 5.4 percent.

14 thoughts on “A tale of two economies: Vermont missing out on the Trump boom”