MONTPELIER — The Scott administration this week announced $4 million in state grants are going to be available for school safety measures such as advanced door locks and surveillance technology.

Missing from this program is any discussion about having armed school resource officers or trained staff to fight off an active shooter.

“The number of schools applying for funds is encouraging,” Gov. Phil Scott said. “Administrators are clearly committed to making kids safer at school and I’m pleased we were able to work together to provide the funding, training, and support they need to work toward those goals.”

Scott called for new school safety assessments shortly after a school shooting plot was unraveled at Fair Haven Union High School in February. After the assessments were concluded, the funding initiative was proposed by the administration and passed by lawmakers. Over 250 schools applied for the grants, which require a 25 percent match.

The assessment was performed by representatives from schools, emergency response services and the state. A 12-member committee of these professionals reviewed the applications and will notify by Aug. 1 who gets what assistance. Funds will be distributed by Sept. 1.

On the national scene, for 2018 there were three occasions that an armed shooter walked onto a school campus. The death tolls were 17 (Parkland, Florida), 10 (Santa Fe, Texas) and one (Lexington Park, Maryland). In only one of these tragedies was the shooter met by a school resource officer (SRO) on campus, and that was in Maryland.

According to the Crime Prevention Research Center, from between 1950 to 2018, 97.8 percent of what the FBI classifies as a “mass public shooting” occurs in gun free zones.

Mark Bosma, the public information officer for the Vermont Emergency Management, said this money is not intended for school resource officers.

“That’s not on the list of expenditures,” he said. “That’s out of the purview of this grant process. It’s for cameras, public address systems, locks for outer doors and inside doors and that sort of thing.”

As of today, 30 Vermont schools have school resource officers. It is up to the local school boards to determine if a school budget is going to include them.

Robert Evans, manager of Organizational Assessment and K-12 Services for the security company Margolis Healy, said SROs are great except for the budget burden they can put on a community, which can range from between $70,000 and $120,000.

In any case, he said this $4 million for school safety is a big plus.

“I think any money that this administration puts forward towards enhancing school security is a fantastic initiative.”

He added that this is a comprehensive effort.

“It’s a combination of everything, certainly security cameras, the locks, mental health screening, it’s not just one thing,” he said.

He did say if a school is going to invest in an SRO, they serve more purpose than just a police presence.

“It’s a wonderful program,” he said. “It’s education, it builds rapport, and it builds positive relationships between the law enforcement and educational community.” 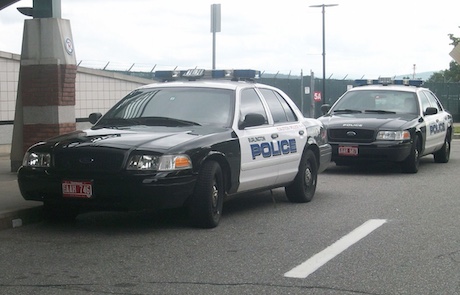 WHEN SECONDS COUNT: According to the National Sheriffs Association, it takes 18 minutes average for police to respond to a school shooting, several minutes after the last shots are fired by the attacker.

He acknowledged that most mass shootings are over in three-to-five minutes, and especially for rural communities it could take too long for an officer to show. He added the presence of an SRO is not guaranteed safety, he noted that in some past shootings including in Florida the SRO failed to engage the shooter.

Manchester Police Chief Michael Hall said the advanced door locks and surveillance equipment are all good things but so is an SRO.

“I think school resource officers are always a good investment of money for a number of different reasons,” he said.

In addition to the added security, he said the SRO can be an extra set of eyes and ears in the halls of a school who can look out for issues before they escalate into violence.

He said that’s a better idea than arming teachers.

“I’m not sure I would be in agreement that we should be arming our staff,” he said. “I think that takes away from their main focus which should be education. And I think the fact that we’re having a conversation about having to arm personnel in our schools speaks to a much bigger problem.”

The Vermont Emergency Management and the Vermont School Safety Center are also performing safety training this month. Over 100 superintendents, principals, and staff are participating.

Also, $1 million more in funds will be used to further develop emergency plans this fall. Those interested to learn more can go to schoolsafety.vermont.gov.