On Town Meeting Day, March 2, voters in at least 20 Vermont cities and towns will decide whether to allow retail marijuana. The new state law says local voter approval is needed before a marijuana store can open. But what about towns that don’t want to vote on retail pot? At least 34 towns won’t even have the question on the Town Meeting ballot.

The idea of local control over marijuana sales is popular with opponents of retail marijuana, including those worried about increased youth access, and about “scromiting” — unexpected screaming and uncontrolled vomiting that happens to marijuana users unused to consuming highly-concentrated THC commercial products sold in these stores. The Nov. 2, 2019 Boston Globe carried a front-page story on the growing incidence of scromiting in “pot legal” Massachusetts.

Without the promise of local control, last year’s bill wouldn’t have passed, even some of its supporters say. But already the marijuana industry and some senators are trying to change this deal. 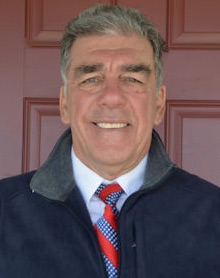 Senate Bill 25 wants to limit the window of town decision-making to just one year. If by next March a town hasn’t put the question to voters, they’ll never be able to do so again. After that, all license applications would go through the state controlled Cannabis Control Board. In effect the bill tells the towns that after March 2022 their wishes won’t matter much anymore. This concerns lawmakers like Rep. Art Peterson, R-Clarendon.

In September 2019, more than a year before upsetting longtime incumbent Democrat Dave Potter, Peterson was instrumental in getting Clarendon’s retail sales ban passed. He is the lead sponsor of H.164, which “proposes to require a town to vote to allow the operation of any type of licensed cannabis establishment prior to such an establishment operating within the town.” Co-sponsors are Reps. Sally Achey, Peter Fagan, Woodman Page, Brian Savage and Michael Yantachka.

H.164 is full-strength, unadulterated local control. No vote equals no retail marijuana. The bill has no deadline or even a requirement to vote. That doesn’t sit well with S.25 co-sponsor and Caledonia County Republican Sen. Joe Benning. He says towns have had plenty of time already to consider the pros and cons of retail marijuana stores. Here’s what he told Vermont Daily this week:

As for whether towns have had enough time, this issue has been out there now for over five years, possibly more. I would argue that any such suggestion that ‘we need more time’ at this point is really just an attempt to avoid having to deal with it. In the meantime, with cannabis now legal, underground sales markets that threaten to release to our kids more harmful substances are thriving due to legally approved retail sites being unavailable.

Vermont has never actually seen what retail cannabis looks like in real-time. The first retail licenses may not be issued until October 2022. When the bill was passed, concerns about a local industry steamrolling local interests and concerns were dismissed with promises that retail marijuana would be done on a small, friendly, diversity-sensitive scale. It would, skeptics were told, be done “The Vermont Way.” But promises are one thing, reality is another — especially when the law is tweaked to reduce the time frame of local control, as S.30 seeks to do.

However, one Vermont doctor strongly opposed to retail sales says towns should vote now, before powerful commercial interests use their marketing and advertising dollars to persuade Vermonters there’s nothing to be concerned about.

“Commercializers have a financial interest in minimizing the perception of harm caused by the products they promote and sell,” she said. “Given a year, their marketing resources will be spent on casting doubt on marijuana’s harms. The data and science on harms of cannabis commercialization are clear right now.”

The voting status of other municipalities is unknown at this time.

Images courtesy of Gage Skidmore/Wikimedia Commons and state of Vermont