It’s been well over a decade since the Supreme Court last decided a meaningful Second Amendment case. That wait is about to end.

Although District of Columbia v. Heller (2008) and McDonald v. City of Chicago(2010) answered some foundational questions about the right to keep and bear arms, the Supreme Court’s decade of silence enabled lower courts to undermine these core cases routinely. This in turn allowed states to run roughshod over the Second Amendment. 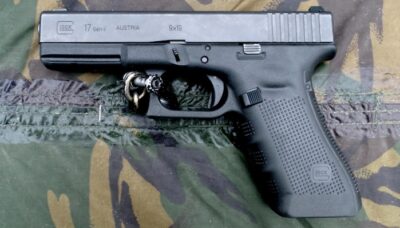 The Supreme Court has the opportunity to address a very important question it so far has declined to answer: When the Second Amendment protects the right to bear arms, does it mean a right to bear a handgun in public for purposes of self-defense?

We’ve gotten our hopes up before that the Supreme Court finally would stop treating the Second Amendment as a second-class right, unworthy of consistent legal review. Just last term, the high court excited millions by taking up New York State Rifle & Pistol v. City of New York, which was about New York City’s incredibly restrictive laws on transporting firearms.

That excitement came to a crushing end when New York City enacted minor changes to its laws and the Supreme Court declared the case moot, declining in the interim to take up any of the remaining Second Amendment challenges for the term. Many suspected we might go another decade without seeing the court hear another challenge to gun control laws.

But last week, the Supreme Court agreed to hear New York State Rifle & Pistol v. Corlett, a case that could have much broader implications for the future of strict gun control than its mooted predecessor.

1. This case is about the right to carry firearms in public.

New York State Rifle & Pistol Association v. Corlett provides the Supreme Court with the opportunity to address a very important question it so far has declined to answer: When the Second Amendment protects the right to bear arms, does it mean a right to bear a handgun in public for purposes of self-defense?

According to New York and a handful of other gun control-friendly states, the answer has been a resounding no. In these states, the right to “bear” arms has been effectively restricted to a right to possess and handle a gun in your home, and nothing more.

In essence, law-abiding citizens in these states have no right to “bear” arms outside their homes.

The petitioners in the new case include two New York residents who have extensive experience and training with firearms. Both applied for and were denied carry permits for their firearms because they did not “face any special or unique danger to [their] life.”

It appears the Supreme Court finally has five justices willing to vindicate the rights of these petitioners. We know that Justices Clarence Thomas, Neil Gorsuch, and Brett Kavanaugh have publicly decried the court’s reluctance to take up cases involving similar “good cause” laws and affirmed that there is, indeed, a right to bear arms.

Meanwhile, Justices Samuel Alito and Amy Coney Barrett have evidenced a faithful adherence to the text, history, and tradition of the Second Amendment in different types of gun control cases. They would seem unlikely candidates to side with New York’s interpretation that the right to bear arms is only a privilege for the select few determined to meet arbitrary “good cause” requirements.

2.  ‘Good cause’ and ‘may issue’ requirements have racist roots.

For the first 70 or so years after the Constitution was ratified, Americans undeniably maintained a general right to bear arms in public, with perhaps some state authority to regulate the mode of carry.

A minority of states eventually prohibited or heavily regulated the act of carrying a concealed firearm in public. But no state completely eradicated an ordinary citizen’s ability to carry some type of firearm in public in some manner without first having to seek permission from the government.

Well, all white Americans enjoyed a right to bear arms in public.

Laws heavily regulating the public carry of firearms were, like all early forms of restrictive gun control, reserved for the subjugation of slaves and other individuals who were, at the time, legally considered as falling outside of “the People” of the United States.

A Florida Supreme Court case in 1941 provides some insight into just how blatantly and openly states used discretionary permit systems to deprive black Americans of their rights. The court overturned a white man’s conviction for carrying a handgun in public without a permit, in apparent violation of state law.

Justice Rivers Buford nonchalantly explained the racist origins and enforcement of the law in his concurring opinion:

The original Act of 1893 was passed when there was a great influx of negro laborers in this State. … The Act was passed for the purpose of disarming the negro laborers … and to give the white citizens in sparsely populated areas a better feeling of security. The statute was never intended to be applied to the white population and in practice has never been so applied.

The reality is that today’s “good cause” requirements may not be overtly racist, but in practice they serve to disproportionately exclude people of color from the ability to protect themselves in public with firearms. Constitutional implications aside, this makes discretionary licensing poor public policy.

Who ends up getting concealed carry permits in the most restrictive “good cause” jurisdictions? Overwhelmingly, the permits go to wealthy white men—especially those who are well connected to whatever public official happens to have sole discretion over granting permit applications.

3. Public carry will not turn us into the ‘Wild West.’

Many gun control advocates insist that if the Supreme Court strikes down “good cause” requirements then the nation will be turned into a “Wild West” of gun violence.

In other words, the Second Amendment shouldn’t protect a right of ordinary citizens to bear arms in their own defense, because ordinary citizens largely are incapable of acting in a reasonable manner when armed in public.

Decades of plain data show just the opposite.

Between 1990 and 2000, 16 states changed their concealed carry laws from either “no issue” or “may issue” to “shall issue” permitting. During that time, national rates for violent crime, homicide by gun, and other gun crime plummeted.

Since 2000, the trend toward more permissible public carry laws not only continued (42 states and the District of Columbia are either “constitutional carry” or “permitless carry”), but public interest in obtaining permits skyrocketed. Over 19 million American adults now possess a concealed carry permit, up from roughly 3 million adults in 2000.

If gun control advocates were correct about their Wild West hypothesis, surely the last two decades would have been an increasingly violent mess.

But the data clearly do not bear that out. Violent crime rates continued a general downward trend while gun homicide and other gun crime rates remained consistently low after plateauing around 2011.

It turns out that ordinary, law-abiding citizens absolutely can be trusted to “bear” arms in public, just like the plain text of the Constitution envisions.

Hopefully, the Supreme Court soon will vindicate the tens of millions of American citizens currently deemed to have “insufficient cause” to exercise their constitutional rights.