By Seth Griffin | The Daily Signal

We have all heard the common talking point from the left that conservatives are destroying democracy. The response to this claim is the same time and time again: “We’re not a democracy, we’re a constitutional republic!” This leads us to ask an important question: Are there any differences between the two, and if so, why do they matter?

Alexander Hamilton stated, “Real liberty is neither found in despotism or the extremes of democracy, but in moderate governments”

Hamilton recognized the first of three harms of a real democracy. Democracy excludes the minority’s rights. It reminds me of the classic saying, “Democracy is like two wolves and a lamb voting on what to eat for lunch, but a republic is a well-armed lamb contesting the vote.” 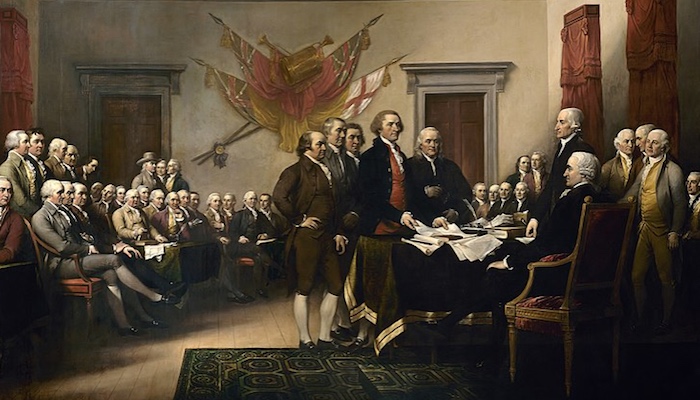 In recent months, we’ve seen attacks waged on two important aspects of our republic: the Electoral College and the filibuster. Those who argue against these things see both as a threat to democracy. After all, they argue, a candidate should not win the presidency unless he wins the popular vote!

The issue with these claims is they exclude the minority. Hamilton rightly saw that in a democracy, the majority have the right to take away the rights of the minority simply by being the majority.

Take past issues like slavery or indentured servitude, or present issues like gun rights or religious liberty. In all these areas, the majority has the ability to seize the rights of the minority because democracy does not balance power.

The Founders saw the horrific consequences of letting the majority have total power, so they instituted a system that ensured that everyone’s opinion mattered.

The Electoral College ensures the interest of every state will be considered in our federal elections.

The filibuster guarantees that the party who is not in power still has a say in policy. Every aspect of our republic has been carefully crafted so that the minority and their rights will not be stripped away at the behest of the majority

Thomas Jefferson is our second Founder to see profound issues with democracy. Jefferson said, “The republican is the only form of government which is not eternally at open or secret war with the rights of mankind.”

Jefferson recognized the secret war that occurs under a democracy, a war for power and control. The secret war is fought in many political systems. There is a reason Plato said, “Dictatorship naturally arises out of democracy.”

The Founders knew of this secret war well and set out to erase it from America. They achieved this by the separation of powers. If you remember your 10th-grade government class, there are three branches of government—legislative, judicial, and executive. Each of these branches has been given a distinct role and each role differs for each branch. The quest for absolute power is voided when there is no absolute power to achieve.

John Adams saw the harm of democracy when he said, “Remember, democracy never lasts long. It soon wastes, exhausts, and murders itself. There is never a democracy that did not commit suicide.”

Adams knew that democracy is hard and often fraught with human error. Because of this, democracy often leads to a government takeover of the people, organized by the people.

Take the classic tale of the French Revolution, for example. After the working class had overthrown the monarchy in a quest for democracy, the majority immediately established a new man to rule over them: Napoleon Bonaparte. Democracy is hard to organize and often leads to political suicide.

Democracy never lasts long before someone new becomes appointed to rule over the masses. For this reason, the Founders formed our republic in a way that the people are both heard and represented. Representative democracy became their wise solution to this complex issue. In this way, the majority and the minority can have their voice heard by representatives who pursue legislation for those they represent.

Yes, a democracy and a constitutional republic are very different, and those differences have a profound impact.

The Founders were explicit about their views on democracy, and for that reason, they looked hard, and found solutions that led to what we now call a constitutional republic. Our system may not be perfect, but it is one in which every voice can be heard.