The little-known story of Stephen Bates, most likely Vermont’s first African-American police officer, will be immortalized at 11 a.m., Sunday, Oct. 3, with the unveiling and dedication of a state historical marker in Vergennes City Park.

According to the staff of the Vermont History Museum in Montpelier, Sheriff Bates is recorded as Vermont’s earliest known black sheriff and chief of police.

“Mr. Bates was first elected to the office of sheriff in Vergennes in 1879, 14 years after the end of the Civil War,” according to the museum’s website. “City records spanning 29 years, between 1879 and 1907, show that Mr. Bates was elected to the office of sheriff in all but six of those 29 years. In addition to those elections, Mr. Bates was also often appointed chief of police during this period. Altogether, Mr. Bates served the city of Vergennes almost consecutively for 25 years.” 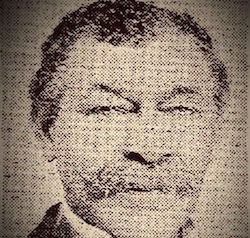 According to obituaries and historical records compiled by the Vermont History Museum, Bates was born on the Shirley Plantation in Virginia, in 1842. His grave in Vergennes’ Prospect Cemetery records that his birth year was 1843.

Bates was born to “free parents”, at least according to his Vermont obituary. But other documents differ suggesting, instead, that the law enforcement pioneer and his parents were slaves on the Shirley Plantation. What historians are confident to report is that Bates ran away from the Shirley Plantation in August 1862 when Union Army Gen. George McClellan’s troops were in the vicinity of Berkley Plantation and Harrison’s Landing, which was nearby.

Bates was reported as “serving” Union officers at Harrison’s Landing.

“The team consulted a variety of sources, including early newspaper records, the Bixby Library, Vergennes City records, an oral history recorded via teachers at Vergennes Union High School, and records from the Shirley Plantation in Virginia. The Oct. 3 event is the culmination of their efforts to recover Stephen Bates’ remarkable life story,” according to Ferrisburgh resident Bo Price who was involved with the project.

Price noted that the effort to honor Bates “began in the fall of 2020, after Liz Ryan and Alicia Grangent, leaders of Voices in the Park, a racial justice initiative in Vergennes, learned about him (through Bo Price).”

“Larry’s great-grandfather, Stephen Bates, and grandmother, Rose Bates, had been members of the church in the late 19th and early 20th centuries,” according to Price. “Discussions between Ryan, Grangent, Price, and Schuyler ultimately led to the formation of the historic marker team with the goal of placing a historic marker in Vergennes to honor Bates’ career and life.

Price said the historic marker team is grateful that Sheriff Bates’ service and career are finally being recognized and publicized through this marker.

“We hope that his remarkable story will resonate with members in the community and encourage further discussion, inquiry, and celebration.”