By Amy Swearer and Samuel Bock | The Daily Signal

New York Gov. Andrew Cuomo recently issued a “first in the nation” executive order on gun violence, declaring it a “disaster emergency” in his state and vesting himself with the authority to treat it as a “public health crisis” just like the COVID-19 pandemic.

Cuomo, a Democrat, also signed into law a bill to hold gun manufacturers and sellers liable for otherwise lawful conduct that nonetheless is deemed to create a “public nuisance.”

The new law effectively opens up the floodgates to frivolous lawsuits designed to kneecap a lawful industry and, with it, lawful gun ownership around the state of New York. 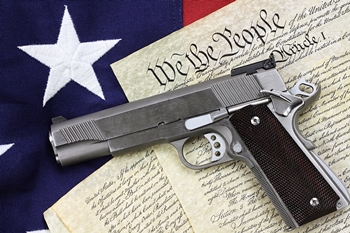 As these stories show, law-abiding Americans often rely on their right to keep and bear arms to defend themselves, their livelihoods, and their communities.

The truth is that lawful gun ownership doesn’t lie at the heart of gun-related violence or crime rates. To the contrary, guns in the hands of peaceable citizens may be part of the solution.

Almost every major study on the issue has found that Americans use their firearms in self-defense between 500,000 and 3 million times a year, according to a 2013 report by the Centers for Disease Control and Prevention. We have good reason to believe that many of these defensive gun uses aren’t reported to police, much less make the local or national news.

For this reason, The Daily Signal each month publishes an article highlighting some of the previous month’s many news stories on defensive gun use that you may have missed—or that might not have made it to the national spotlight in the first place. (Read accounts from 2019 and 2020 here.)

The examples below represent only a small portion of the news stories on defensive gun use that we found in June. You may explore more by using The Heritage Foundation’s interactive Defensive Gun Use Database.

As these stories show, law-abiding Americans often rely on their right to keep and bear arms to defend themselves, their livelihoods, and their communities.

Attacking the gun industry—which overwhelmingly serves the legitimate function of facilitating peaceable citizens’ exercise of their constitutional rights—is not going to make the nation safer from gun-related violence.

Attacks on gun manufacturers, however, make it harder for Americans to protect themselves when the government can’t or won’t be there in time to help.