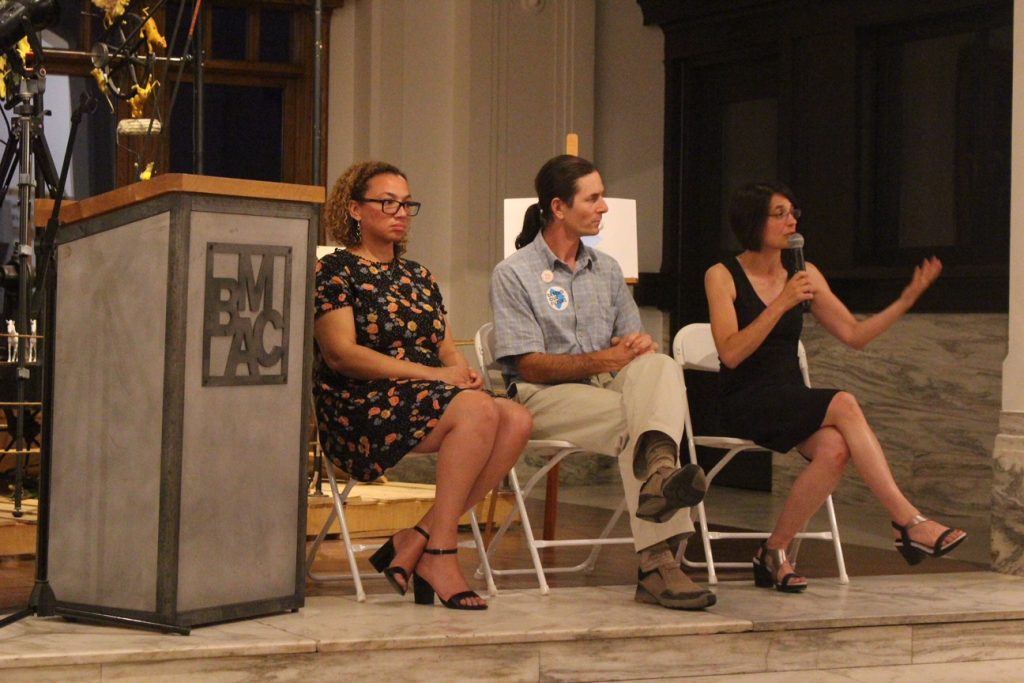 BRATTLEBORO, Vt. — Vermont’s lieutenant governor and Senate majority leader appeared with environmentalists at the Brattleboro Museum and Art Center on Saturday night to show support for getting youth involved in climate change politics.

Hosted by the nonprofit environmentalist group Defend Our Future, and attended by about 30 members of the public, the green gala brought together state politicians, green activists and regional businesses in support of the group’s campus outreach programs. Prominent guest speakers at the event included Lt. Gov. David Zuckerman and state Sen. Becca Balint, D-Windham.

Defend Our Future is a student activist organization spanning 13 campuses and five states. Its policies goals are broad-based, promoting everything from green energy and electric transportation to anti-plastic campaigns.

The group’s efforts over the past year alone boast engagement from 46,616 students who made 76,679 phone calls, participated in 261 internship programs, made 30 visits to elected leaders and held 57 grassroots events.

“We try to help them get engaged to write letters to their members and go to office visits and just really be civically engaged, with a focus on the environment and climate change,” DOF Director Adrienne Cooper told True North.

As an example, Cooper said the group aims to educate young people on the role of the Environmental Protection Agency. “I don’t remember a time when there wasn’t an EPA, so young kids in college don’t either,” she said.

The group also promotes animal protection education and activism, such as “defend our owls” and “defend our bees” events to raise awareness on endangered or threatened species.

According to Defend Our Future field organizer Alex Steele, the efforts are bipartisan.

“[We see] upwards of 80 percent of millennials across party lines, Republican and Democrat — it doesn’t matter,” he said. Students are demanding action, and we are acting as a vehicle for them to try to do that and demand action of their elected leaders.” 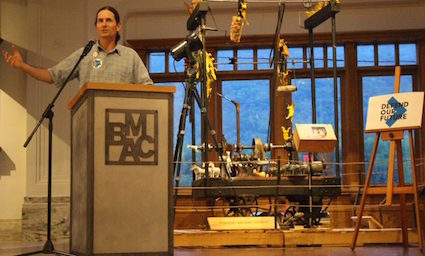 During his speech, Zuckerman said wide-ranging impacts of climate change are happening now. For instance, he said global warming was part of the reason for the current global refugee crisis.

“People will say it’s because of political divides that are happening and cultural divides that happen. … The deeper reason behind the vast majority of that mass migration that’s happening all over the world is actually rooted in climate change,” he said.

When Balint took to the podium to speak, she expressed dismay over environmental initiatives occurring at the national level under the Trump administration.

“These are terribly frightening and disorienting times. Progress that we thought we’ve made and solidified seems to be eroding at an incredibly fast pace,” she said.

Significant policy moves by the Trump administration have included the U.S. rejection of the Paris Climate accord and the loosening of EPA regulations on industry.

Balint also criticized the harshness of today’s political atmosphere. “Norms that we thought we all accepted in civic and social engagement are no longer norms,” she said.

After the event, Zuckerman addressed critics who say green initiatives cost too much and rely heavily on taxpayer money.

“There are two sides to the cost equation,” he said. “One is, what’s the current cost to do the right thing? We obviously have to balance that with what is the ramification cost if we don’t do the right thing.

“So as it gets hotter, like last week, your air conditioning bills are higher, and four Vermonters died from heat-related stress during that heat wave.”

Attendees of the event expressed their interest in generating activism for green causes.

“I’m a very political person, and I’m also an organic farmer,” he said. “These issues are very important to me, and the environment is my livelihood.”

“It’s the issue of our time, it’s the issue that threatens the fate of our children and grandchildren,” she said.

Stuart added that Vermont has a chance to “make lemons into lemonade” with green jobs.

Stuart said she uses her influence as a member of the House Committee on Commerce and Economic Development to spearhead green economic initiatives.