Vermont may be a nice place to take summer vacations and ski trips, but it’s not a great place to start a business according to yet another economic study.

Weeks after Wallethub.com gave a big thumbs down to launching a startup in the Green Mountain State, FitSmallBusiness.com has ranked Vermont 49th in the nation for best states in which to start a business.

“Small businesses are on the rise in the US, and according to MIT, they thrive or die based on location,” the publication states about its study. “Where you choose to start a business can be one of the most important decisions you make as an entrepreneur; location determines the quality of life, cost/tax burdens, and the size of the consumer market.” 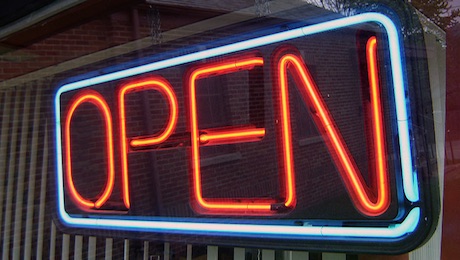 VERMONT BAD FOR STARTUPS?: According to two recent studies, Vermont ranks near last on best states in which to launch a business.

The Green Mountain State was highlighted right away in the report.

“Vermont was among the five worst in this study, while Texas was rated best,” the authors wrote.

The lower-ranked states have less disposable income, poor quality of life, and limited resources available to get businesses going.

The authors emphasize that there was “no solid geographic pattern” observed, meaning that state policies, not the location of the country, have the most impact on business success.

RELATED: Wallethub also put Vermont at 49 on its list

“States in both our best and worst lists stretched from north to south and coast to coast,” FitSmallBusiness states. “So while location itself is a key consideration for new businesses, it’s clear that key factors are less tied to any geographical pattern and more to the nuanced business, financial, and social makeup of each state.”

The authors broke down the components of the study — 30 percent of the score was accounted for by “general business environment.” This category covers economic growth, the percentage of new businesses, and the rate that they survive.

Other categories include 20 percent of score given to tax climate, while another 20 percent related to “startup costs and availability of funding.”

Some smaller categories include labor market, quality of life, and cost of living, each counting for 10 percent.

Vermont is a great destination to watch the leaves turn colors, but it’s not a great place to start a business and turn a profit. It’s the country’s second-worst state to start a business, largely due to its expensive environment. It has both high tax rates, high business startup costs, and a high cost of living. Where it isn’t lacking, it’s simply average; the state’s business survivability rate and economic growth rate are middle of the road.

Vermont has a tradition for keeping it local — especially when it comes to food. While there are a few examples, such as Ben & Jerry’s, that prove nationwide brands can be born in Vermont, it’s rare. Short of looking to build a local food business, entrepreneurs looking to put down roots in New England should opt for its neighboring state, New Hampshire, which clocks in at No. 8 on our list of the best and worst states to start a business.

But some Vermonters think the Green Mountain State is getting an unfair rap in recent economic ranking studies.

Rep. Charles Kimbell, D-Woodstock, is the ranking member of the House Committee on Commerce and Economic Development. He says business support networks within the state are strong.

“They don’t look at all the other support networks that are actually in place for all the entrepreneurs who start a business,” he said. “There are other reports that say Vermont is a great place to start a business. There is a lot of support from both state and regional and federal partners for companies that actually locate here.”

Kimbell mentioned the Working Lands Enterprise Fund as an example of a support service which got injected with $1.5 million this year.

He added that Vermont has a high number of start-ups currently operating, especially in the craft beer industry, and many remote workers have chosen Vermont.

“If you only focus on the tax rate itself or the cost of some of the other aspects, then yes, Vermont will not fair well,” he said. “If you look at it holistically, the entire picture of Vermont, it fairs pretty well.”