Amalia Halikias and Josh Bansal entered Yale University in 2011 and 2012 as two liberal young people, but graduated as conservatives and on a mission to teach children traditional values.

Bansal and Halikias determined that one of the most effective ways to teach moral principles is through storytelling, because books play a pivotal role in any child’s upbringing. Stories craft how young people see the world and the value they place on things like honesty or hard work.

Over the past decade, there has been a dramatic increase in children’s stories that push left-wing ideology over traditional values.

The lack of children’s stories that aim to teach conservative principles is what led Bansal and Halikias to write “Liberty Lane,” a five-book children’s series promoting the values of hard work, personal responsibility, tradition, humility, and patriotism. 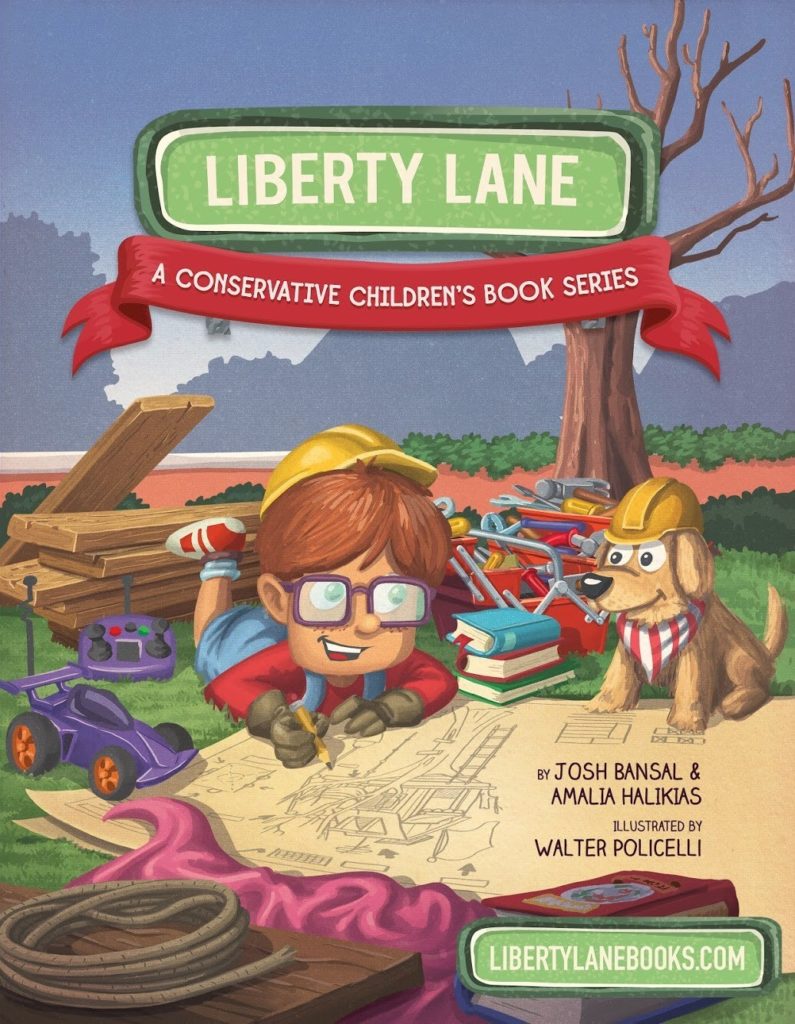 Bansal and Halikias, both recent Yale graduates, explored their political beliefs during their college careers, a journey that ultimately led them to move right of center.

“I went to college liberal by default, and it was in the face of what Josh and I both experienced at Yale—the liberalism, anti-free speech, and the far left … that I started re-evaluating a lot of my views,” Halikias told The Daily Signal, “and I ended up changing my stance on pretty much every topic.”

When asked why they decided to write “Liberty Lane,” Bansal told The Daily Signal, “A lot of it was informed by our experience in college. Seeing the temper-tantrum mode of argumentation that prevails specifically at Yale and at all these liberal arts universities, it kind of caused us to realize that a lot of it [left-wing ideology] begins to form before people even enter college.”

He went on to say that it has become “normal” to present “adult ideas to toddlers and our youth, and to paint traditional values as bigotry.”

If you don’t have children and have not visited the children’s book section of a bookstore recently, you might not have heard of progressive titles like “Feminist Baby,” “A Is for Activist,” “C is for Consent,” “Pink is for Boys,” “My Princess Boy,” and many more.

Bansal explained that there’s a “huge gap in the market.”

“The market is saturated fully with all this social justice, activist messaging in children’s books. We viewed it as an opportunity to create something that we think can have a lasting impact … and can equip parents to be able to fight this culture war that I think conservatives are probably losing right now.”

The “Liberty Lane” series follows a young boy named Ralph, whose father is a pilot in the Navy. At the beginning of the series, Ralph moves to a new city and finds himself living on Liberty Lane.

Ralph and his friends, Carmen and Gus, face various challenges, but together learn about the importance of a hard day’s work, being honest, sharing in traditions, thinking of others, and celebrating our great nation.

Each book opens with a quote by a famous conservative leader, such as George Washington, Edmund Burke, and Ronald Reagan. In Reagan’s words, “Freedom is never more than one generation away from extinction. We don’t pass it to our children in the bloodstream. It must be fought for, protected, and handed on from them to do the same.”

Reagan’s words encompass the overarching mission of “Liberty Lane”; specifically, to teach the next generation what freedom is and how we fight for it in our daily lives.

The beautifully illustrated books are for children ages 4-9 years old, and are available for preorder now ahead of their official release on March 4. For a sneak preview of the books and to learn a little more about Bansal and Halikias, visit LibertyLaneBooks.com.

Bansal and Halikias hope the “Liberty Lane” book series will be the first of many, and above all hope it will be a brand that parents can trust to be wholesome and to lay a foundation of traditional moral values in their children.