BURLINGTON — A Charlotte, N.C., woman has been sentenced to four months in prison for her role in an alien smuggling ring that runs from the Canadian border down to New York City. 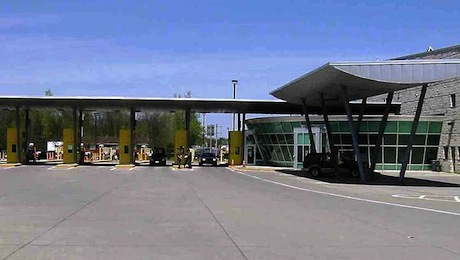 According to court records, Ferrufino, on March 17, 2018, flew from her home in North Carolina to Burlington, where she rented a car. From there she picked up the six illegals along the woods at the border and headed toward New York City, where she expected to drop off the passengers and receive payment.

United States Border Patrol stopped Ferrufino shortly after she had picked up her passengers. Authorities said the pick-up spot had a high frequency of illegal immigration in the weeks prior to this incident.

The Office of the United States Attorney for the District of Vermont indicated that in addition to serving prison time, Ferrufino will be under supervision for a year and pay a $5,100 fine. She faced a potential five years imprisonment and up to a $250,000 fine.

The six passengers, ranging in ages 21 to 54, were Mexican citizens who didn’t have any prior criminal records.

Ferrufino’s counsel had made a case in court for a six-month house arrest sentence, but U.S. District Judge Christina Reiss did not agree. The judge noted the apparent premeditation for this crime.

Reiss ordered Ferrufino to surrender to the Bureau of Prisons on April 5, 2019. Ferrufino was represented by Assistant Federal Defender David McColgin; the prosecutor was Assistant U.S. Attorney Michael Drescher.

“We’ve had cases of people entering the country across the Vermont border illegally in the past,” he said. “We’ve dealt with this before.”

Regarding the fate of the six illegal immigrants, Laporte confirmed that they did face charges, but did not say whether they were deported.

Asked who was paying Ferrufino the money for this smuggling operation, Laporte said he could not give details due to the ongoing investigation.

He did acknowledge border smuggling operations are risky for all parties involved.

“I’m sure there is a lot of danger,” Laporte said.

He added that Vermont’s vast wooded areas are ideal for illegal border crossings.

“A large majority of the border is very rural, so … I would think that would be attractive to them,” he said, adding that U.S. Border Patrol agents and Canadian authorities work together closely to intercept illegal entries.

The notion of a border wall with Canada is not far fetched. A 2015 Bloomberg poll indicated that 41 percent of Americans would support a wall on the northern border.