The culture war is coming for you, whether you like it or not.

It’s no secret that American history is under attack. The ethos of leftist historian Howard Zinn has made inroads into classrooms across the country, as I explain in my book “The War on History: The Conspiracy to Rewrite America’s Past.” 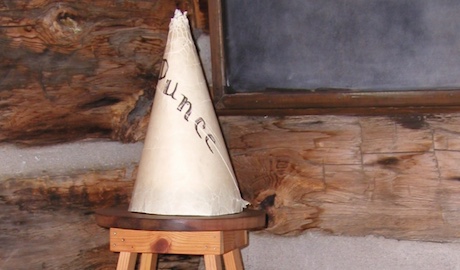 While this sort of curriculum will leave students with little actual knowledge or understanding of how to do math, it certainly serves a purpose: to radicalize young people with tales of oppression and groom them to be future social justice warriors themselves.

But, lest you think you can escape the social justice dogmatism infecting the liberal arts, a story out of Seattle shows how social justice warriors will leave no stone unturned in their effort to fundamentally transform America.

The framework for this new curriculum exposes just how absurd woke math will be.

Among other things, it states that “Western” mathematics as “the only legitimate expression of mathematical identity and intelligence,” whatever that means, has been used to “disenfranchise people and communities of color.”

Robby Soave at Reason pointed out how empty and hollow the guidelines are:

It’s chock full of social justice jargon that sounds smart but is actually vapid. What does it mean to decode mathematical ‘beauty’ or ‘identify how the development of mathematics has been erased from learning in school?’ (Has it been erased? That seems like a problem for history class.)

The guidance says it will ‘re-humanize mathematics through experiential learning’ and facilitate learning ‘independently and interdependently.’ That’s a fancy way of saying almost nothing at all.

Of course, while this sort of curriculum will leave students with little actual knowledge or understanding of how to do math, it certainly serves a purpose: to radicalize young people with tales of oppression and groom them to be future social justice warriors themselves.

Among the many other lessons that the guidelines suggest are to “explain how math dictates economic oppression,” “identify economic movements that have led to liberation,” and ask the question, “How can we change mathematics from individualistic to collectivist thinking?”

The message is that empowerment comes not from cultivating useful knowledge and abilities, but through social protest and community organizing.

Woke math is simply the latest and perhaps silliest expression of a larger agenda to turn young Americans against their country and fellow citizens, to fill them with grievance, and convince them that their key to a perfect future is through socialism.

Of course, it may be a challenge to build a green socialist utopia of high-speed rail without basic math or engineering skills, but those are mere details.

Regardless of the problems with woke math, the situation in Seattle shows why policies like school choice are so important. Parents need tools to pressure their local public schools if they are failing, or worse, trying to indoctrinate their children with ideas they oppose.

Undeniably, many of America’s institutions, starting with higher education but now trickling down through K-12, are being used to un-assimilate Americans, to boil down every issue in life to cleavages in ethnic identity rather than differences of opinion in a complex world.

It’s a sign of our times that even math is getting swept up in the larger cultural moment, but it’s also a warning: There is no escape, even behind the hard realities of numbers and science.