Will Vermont follow California and ban gas-powered leafblowers, chainsaws and other “off-road engines”?

On October 9, California Gov. Gavin Newsom signed into law AB1346, which by next July will “prohibit engine exhaust and evaporative emissions from new small off-road engines.” Batteries and muscles will replace fossil fuels as the energy source for cutting wood and moving leaves.

“One hour of operation of a commercial leaf blower can emit as much ROG [reactive organic gases] plus NOx [oxides of nitrogen] as driving 1,100 miles in a new passenger vehicle,” AB1346 states in its opening paragraph. 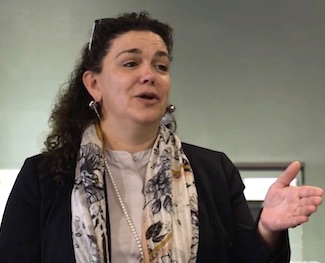 Vermont already has at least one municipal leaf-blower ban. In April, the Burlington City Council announced a ban on summertime commercial use that will extend to personal use by next summer. Like the California law, the Burlington ban has a ‘buy-back’ feature.

Representatives of the landscaping industry in both Burlington and California complained — to no avail — the bans will create manpower problems and raise consumer costs.

On the state level, an off-road engine (ORE) ban would likely come from either the Legislature or the Vermont Climate Council.

The Vermont Legislature has a record for passing cutting-edge legislation first approved in California. Vermont Daily Chronicle reached out to members of the House Transportation and Energy and Technology committees for their opinion and comments about AB1346.

E&T Committee Vice-Chair Laura Sibilia, I-Dover, strongly supports the transition away from fossil fuels, she explained in her response this morning:

I’m really concerned that your fundamental misunderstanding of what is actually happening related to fossil fuel switching is feeding into other sources of misinformation and will aid in keeping our poor and rural communities poor.

Vermonters who can afford to shift off of fossil fuels have done so and more are doing so every day. Many undoubtably recognize the moral imperative we have to our kids and the planet. But even more are simply protecting their wealth and assets by switching off fossil fuels. They know that pricing is unstable, that we live in a global fuel economy, and that as more and more countries (and states like California) switch fuels, it’s going to become more expensive and less convenient to keep using fossil fuels.

I’m in favor of helping as many low income and rural working people as possible switch fuel sources as fast as possible.”

As Yantachka mentioned, any proposed ORE ban is likely to begin in the Vermont Climate Council, created by the Legislature last year to reduce emissions 26% below 2005 levels by 2025 and 80% by 2050. Gov. Phil Scott recently said the appointed council is empowered to enact carbon-cutting measures — such as joining the carbon-taxing regional Climate and Transportation Initiative — and he can’t stop it.

The Climate Council is appointed and therefore is not directly accountable to voters. See the 103 lawmakers who voted to override Gov. Scott’s veto of the Global Warming Solutions Act that created the Climate Council.

13 thoughts on “Will Vermont follow California and ban gas-powered leafblowers and chainsaws?”