Yesterday, San Francisco voters recalled county prosecutor Chesa Boudin in the wake of an increase in violence, shoplifting and drug crime. In his concession speech, Boudin was unabashed in his support for a jail-free society. 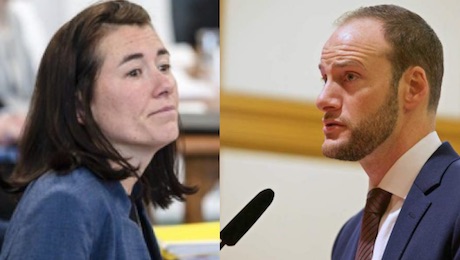 Vermont’s most prominent “no jail” prosecutor is Chittenden County’s Sarah George. Cash bail is racist, she wrote in an op-ed published by the ACLU-VT. She resists jailing even violent offenders after their arrest, preferring to return them to the street where, she says, they can access mental health and substance abuse programs.

Even before the Boudin recall sent shockwaves of concern through the ranks of progressive prosecutors, the ACLU of Vermont was sounding the alert. “Vermont’s recent progress in criminal law reform and demands for police accountability now faces a backlash from defenders of the status quo,” the ACLU said in its May 18 press release announcing its new program, “Your Vote – Your Prosecutor.” The program will “inform voters about the powerful, yet often unseen role of state’s attorneys in Vermont’s criminal legal system, and the impacts of their decisions in the lives of countless Vermonters.”

On August 9, Chittenden County’s Democratic primary voters will decide if – like San Francisco – they’ve had enough of the greater Burlington area’s growing number of shootings, shoplifting, and drug crime. George will face a challenge from Williston lawyer Ted Kenney, who says he’ll take a tougher stance on pre-trial incarceration than George.

According to a report last month in VermontBiz.com, Kenney believes Chittenden County can have criminal justice reform and safe streets. “The criminal justice system needs reform to remove disparities based on race and poverty, but we don’t have to choose between safe streets and reform, or between compassion and fairness…..We can have all of those things, but we can’t have any one of them without the others.”

Sarah has served as the State’s Attorney for Chittenden County since January 2017 after Governor Phil Scott appointed her to the position.

There will be two other county primaries for state’s attorney.

In Washington County, Michelle Donnelly of Barre City and Bridget Grace of Fayston will seek to replace Rory Thibault, who is running for attorney general.