Here is a look at what their plans include and what the candidates have stated publicly about the matter.

Sanders unveiled his climate plan last August, calling for a “complete decarbonization” by 2050, with investments in clean energy that he says will create 20 million new jobs.

Sanders would spend “trillions of dollars” to provide low- and moderate-income families and small businesses money for home weatherization and building retrofits and another $1.3 trillion to provide employees in fossil fuel and other carbon-intensive industries with unemployment insurance, job placement assistance, relocation assistance, health care and pension guarantees.

“Climate change is the single greatest threat facing our plant,” Sanders says on his website. “Yet the giant, multinational fossil fuel corporations have spent hundreds of millions of dollars furthering their greed and protecting their profits at the expense of our climate and our future.”

At a town hall in Pennsylvania last April, Sanders echoed Biden’s comment about having just 12 years to deal with climate change.

“We have a moral responsibility in my view to transform our energy system and leave this planet healthy and habitable for our children and our grandchildren.” 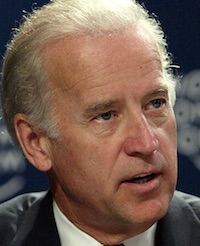 Biden released his climate plan, called the “Clean Energy Revolution,” last summer. The $1.7 trillion plan has five main parts: a 100 percent clean energy economy and net-zero emissions by 2050; invest $400 billion over 10 years in clean energy research; recommit the United States to the Paris Agreement; stand up to polluters who impact minority and low-income communities; and protect workers and communities that rely on current technologies.

In announcing his plan, Biden said, “As president, I will lead America and the world, not only to confront the crisis in front of us, but to seize the opportunities it presents. I’ll use every authority available to me to drive progress, and I will not accept half measures, because making these revolutionary changes is going to take commitment at all levels.”

Biden said that if elected, he will sign a series of executive orders regarding climate change on day one and demand Congress enact legislation in the first year to meet the goals of his plan.

In January 2019, Biden told the U.S. Conference of Mayors that climate change posed an existential threat.

“The EPA has spoken, they’ve laid this all out. Our scientists have spoken, there is no dispute among scientists. Since when did we become science deniers? The United Nations told us, whether you agree with the exact number, that we have 12 years to act before it’s irreversible.”

At the first Democratic candidate debate last June, Biden said he would insist on building 500,000 charging stations across the country and push for automakers to produce only electric vehicles by 2030. 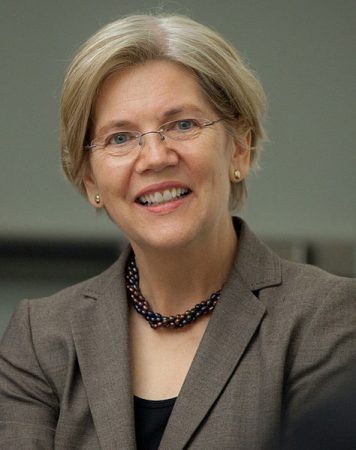 Warren’s plan would place a moratorium on fossil fuel leases on federal lands and offshore drilling, crack down on methane releases for oil and gas projects, and focus on protecting lakes, rivers and streams that provide drinking water.

Called the “Defense Climate Resiliency and Readiness Act,” Warren wants to use the military to lead the fight against climate change.

Her “Green Manufacturing Plan” would spend $2 trillion over 10 years on renewable energy research and the purchase of clean energy at the state, local and federal levels, as well as for export.

“When it comes to climate change, our very existence is at state,” Warren said last February in announcing her candidacy. “But Washington refuses to lift a finger without permission from the fossil fuel companies.”

At the first DNC debate last June, Warren was one of four candidates to name global warming as the “top geopolitical threat” facing the United States.

At the CNN town hall on climate change in September, Warren said, “I get that people are trying to find the part that they can work on and what they can do. And I’m in favor of that and I’m going to support that. But understand, this is exactly what the fossil fuel industry hopes we’re talking about. They want to be able to stir up a lot of controversy around your lightbulbs, around your straws and around your cheeseburgers.”

To achieve his goals, Buttigieg said he wants to quadruple clean energy R&D spending to $25 billion a year by 2025 and work with Congress to set an “economy-wide price” on carbon. This is usually referred to as a carbon tax.

Regarding the “Green New Deal,” Buttigieg said on CNN last February, “I think it’s the right beginning. The idea that we need to race toward that goal and we should do it in a way that enhances the economic justice and level of opportunity in our country, I believe that is exactly the right direction to be going in.”

In announcing his candidacy last April, Buttigieg said, “Let’s pick our heads up to face what might be the greatest security issue of our time, climate change and climate disruption.”

He went on to blame tornadoes, floods, hurricanes and wildfires on climate change.