In a bizarre “complaint” filed against recently-elected Vermont school board member Elizabeth Cady, two citizens allege Cady’s inquiries about the introduction of critical race theory (CRT) constitute a “clear breach” of School Board Operations Policy. As in many states, this controversial ideology is seeping into Vermont’s curricula. Cady’s case is instructive of the coercive pressure exerted by CRT radicals against those who dare question the hasty implementation of this novel, race-based “theory.” 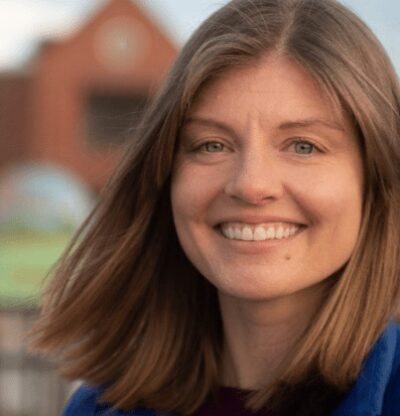 Laura Taylor and Emily Franz allege that Cady “gave the impression that … she would represent special interests or partisan politics for personal gain.”  No monetary “personal gain” is identified.  Their real complaint, in my opinion, is summarized in their conclusion: “We are both strong supporters of the EWSD [East Westford School District] and its work on equity and inclusion. We feel that each and every member of the School Board should be as well.”

CRT proponents oppose dissenting opinions. A core principle of CRT asserts that free speech liberties have been used to oppress Black people, and thus White people cannot be permitted a differing opinion — free speech is an obstacle to “equity.” (Ryszard Legutko calls this “coercion to freedom.”) A quasi-religious ideology, CRT is being launched in Vermont schools via what scholar Christopher F. Rufo aptly identifies as an “institutional orthodoxy.” This dogma does not tolerate disagreement, as it “feels that each and every member” of society “should” agree to use skin color as a determinant of education and public policy. If one disagrees, one is a heretic to be targeted, shunned and slandered.

The complaint falsely attributes an article written by reporter Guy Page to Mrs. Cady, which dared employ the word “uppity”:

Before we point out the clear breach of the policy, we must take a minute to point out that the word “uppity” has deeply troubling racial and sexist undertones. It is deeply disturbing to us that a school board member would post under such an offensive, racist, and sexist title, and yet, it is not even the most unsettling aspect of the post.

Guy Page used the term exactly as the dictionary defines it, depicting Elizabeth Cady as being treated as “uppity” for standing up to CRT bullies. Guy Page didn’t employ the word offensively, or to allude to Black people.  Definitional contortions by the Franz/Taylor grammarians imputed a litany of moral condemnations to bully Cady into silence — treating her as if she were uppity; falsely impugning her as a racist for an article she didn’t write. Vermont parents must scrutinize this stifling effort and its tyrannical proponents.

Guy Page’s article describes Elizabeth Cady as “a pro-school choice, Critical Race Theory critic mom who in March defeated an incumbent pro-Critical Race Theory, anti-school choice candidate for a seat on the Essex School Board. … She’s a woman dedicated to a vision of a Vermont committed to fairness and equality for all. And she’s not afraid to speak out and urge others to do likewise.”

With this post, along with her continual campaign of misinformation and contextually inaccurate data, Ms. Cady has made it clear that she does not believe in the district’s equity work, and that she is actively encouraging others to join her in this crusade, which she has made political through this post on a conservative website.

What board member Cady wrote was this:

Whether or not you agree with the above being taught in schools is a personal choice, but my concern is that our community, as a whole, has been uninformed of these changes in schools and what it means to prioritize equity, specifically what is the desired end-state of equity in our schools. … If, as a parent or taxpayer, you share some of these concerns or have some of your own, I encourage you to attend the meeting and speak.

This seems like a reasonable Voltairean appeal: but opposing views are verboten to the CRT cult. What Franz and Taylor dub “the most unsettling aspect of the post” is that Elizabeth Cady dared question their newfound institutional orthodoxy:

This flagrant policy breach demonstrates what is apparent to many of us: EWSD School Board Member Liz Cady has a personal agenda that is not in the best interests of our schools, our students, or our community.

But isn’t the shoe on the other feet? Franz and Taylor advance a personal agenda to impose a CRT ideological indoctrination on Vermont children.

Cady is a whistleblower and hero, whose loyalty to students and parents is her visible “personal agenda.” The voters clearly wish to permit her to have her voice. But most important, parents everywhere must critically examine this anti-constitutional doctrine being rapidly introduced into America’s schools.

John Klar is an attorney and farmer residing in Brookfield, and the former pastor of the First Congregational Church of Westfield. This commentary originally appeared at American Thinker.