The rapid spread of the coronavirus has completely upended daily life for all Americans and shows no sign of letting up.

Harsh orders from numerous state governors require Americans to stay home except for essential activities in an effort to halt, or at least slow, new cases of COVID-19, the disease caused by the new coronavirus.

These indefinite shelter-in-place orders leave many Americans wondering if relief will ever come.

We have seen several glimmers of hope, however, particularly in the realm of pharmaceuticals, although these treatments are far from certain and will take time to become available.

The first of these is a vaccine against COVID-19, which is in phase one trials. Considering that COVID-19 first reached America in mid-January and the vaccine is in trials by mid-March, this approval process has been moving at breakneck speed. 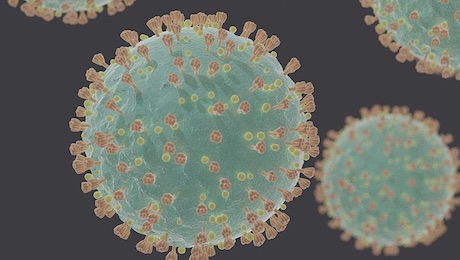 Drug trials must pass through three phases before they can be marketed. In phase one, healthy volunteers are given the drug to monitor for adverse reactions. Drugs that pass phase one trials undergo phase two trials to show efficacy against the illness they are intended to treat. Phase three trials introduce many more participants.

Even so, this vaccine is expected to take at least one year before it can pass all three phases and be used by the general population.

Another promising development is a new drug called remdesivir, developed by Gilead Sciences. It is currently in phase two clinical trials in Nebraska that began late in February, and two phase three trials in Asia that began early in March.

These processes may take anywhere from several months to several years. Given the importance of finding a cure for COVID-19, the effort probably will be accelerated as much as possible. But there is a limit to how fast these trials may proceed.

These trials are intended to show the efficacy of the drug and therefore require a large number of participants, half of whom will receive either a placebo (phase two study) or receive the standard of care (phase three studies) rather than remdesivir.

These measures will ensure that any improvement due to the drug is not a fluke.

Drug trials must pass through three phases before they can be marketed. In phase one, healthy volunteers are given the drug to monitor for adverse reactions. If a drug is unsafe for a healthy individual, it could cause immense harm in a sick individual for whom the drug was intended in the first place.

Drugs that pass phase one trials are shown to be relatively safe and undergo phase two trials to show efficacy against the illness they are intended to treat. Phase three trials introduce many more participants and are intended to show whether the drug is more efficacious than existing treatments.

A fourth phase occurs after a drug is available to the public and includes postmarket surveillance for adverse effects.

The process is long and time consuming because it needs to be. Especially for a disease such as COVID-19, a drug must be safe, it must work, and it must work better than what doctors already are doing. If not for those three attributes, the new drug only would hurt the patients it was intended to help.

The good news is that hydroxychloroquine and azithromycin have gotten through these trials for other diseases, so they are available for doctors to prescribe.

There are no drugs that are approved to treat COVID-19, but drugs approved for other diseases may be prescribed for off-label use.

So why haven’t doctors around the world begun ordering these drugs for all COVID-19 patients?

The first reason is that there is a shortage of the drug.

Plaquenil, the brand name of hydroxychloroquine, commonly is used to treat rheumatoid arthritis and lupus. As soon as news broke that it might be effective for treating COVID-19, medical demand for the drug quickly depleted pharmacy supplies, depriving patients of their needed medication.

In response, manufacturers are ramping up production to meet the potential need if hydroxychloroquine proves effective against COVID-19.

Also, as is true of all drugs, hydroxychloroquine is not benign; it can cause a heart condition that increases the chance of a deadly arrhythmia.

Another reason is that the evidence, though promising, is minimal.

The buzz that these drugs have generated is due in large part to a French studythat showed that patients treated with the combination of hydroxychloroquine and azithromycin recovered faster and more completely compared to patients who were not treated with these drugs.

This sounds promising, but the study involved only 36 patients, of whom 20 were given these drugs and 16 acted as a control group who did not receive the drugs. By comparison, this study population is about one-tenth the size of the Gilead phase two study population, which will include 400 participants.

Furthermore, the French study excluded patients who were later admitted to the intensive care unit, so it says nothing about whether these drugs will help with severe illness. In fact, it may suggest that the drugs were unable to prevent disease progression in those patients.

One of the truly promising aspects of this study is that it measured viral loads and found that patients who completed the test protocol with the hydroxychloroquine and azithromycin combination were virologically cured—that is, they had no detectable viral RNA. This is important because a person infected with COVID-19 still may be shedding viruses up to 37 days afterdeveloping the disease.

At Day Six of the study, 100% of the patients treated with the combination of hydroxychloroquine and azithromycin had undetectable viral loads, compared to 12.5% of patients in the control group.

One patient who was treated only with hydroxychloroquine still had detectable viral loads on Day Six; she was given azithromycin on Day Nine, which cleared her infection. However, a different patient initially treated with the combination tested positive again on Day Eight.

Clearly, the study leaves many questions to answer and is lacking in rigor, at least compared to a three-phase drug approval process, but it does show promise. Enough promise that New York state will begin a large trial Tuesday.

For now, hydroxychloroquine with azithromycin; remdesivir; and a vaccine are all pharmaceutical therapies in the works for the fight against COVID-19.

Although none of these is guaranteed to work, each represents a small ray of hope, a reason for cautious and guarded optimism, for a return to normal life.