This commentary is by Wendy Wilton, of Milton. She served as a former state senator and executive director of the U.S. Farm Service Agency in Vermont.

It is perfectly legitimate, and I will argue sensible, to be pro-choice yet oppose the constitutional amendment Prop 5/Article 22 that is on the general election ballot, arriving now in our mailboxes. 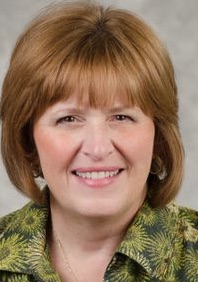 The pro-abortion lobby, which has the ear of the majority of the state’s Legislature, would have you think otherwise. For them it’s all or nothing — either you believe in abortion up to the time of birth or you are not pro-choice in their eyes. Vermont already passed a law, Act 47, in 2019, which allows abortion without restriction — going well beyond the intent of Roe v. Wade. Additionally, Vermont’s Supreme Court decision of 1972, which allowed abortion well before Roe v. Wade, establishes the state’s legal standing. Knowing this, and understanding that the recent SCOTUS decision returned the abortion policy decision back to the states, I have concluded this amendment is unnecessary to assure abortion access in Vermont and presents significant legal challenges.

The amendment on the ballot is as follows: “That an individual’s right to personal reproductive autonomy is central to the liberty and dignity to determine one’s own life course and shall not be denied or infringed unless justified by a compelling state interest achieved by the least restrictive means.”

The language is vague and open-ended. It does not mention women, nor abortion. It is not restricted to women. Would a man’s right be infringed if his partner wants an abortion and he does not, or visa-versa? By virtue of the term “individual” this does not restrict the language to persons who have achieved legal age or age of consent. These issues will be subject to interpretation by way of court cases — thus punting the final decisions from the Legislature to a court of five people. In my view that’s irresponsible law making.

The phrase “compelling state interest achieved by the least restrictive means” is another legal minefield, which has a specific legal meaning. No other provision in our constitution has this language. Why here? This will make it very difficult for the state and the courts to restrict a reproductive right, no matter how harmful it may be to society. Is that wise?

I am pro-choice, and I am concerned about the language in Article 22. I invited Sen. Ginny Lyons to participate in an educational forum about the legal aspects of Article 22 about two weeks before the intended date. She was interested in participating and then suddenly declined at nearly the last minute. I gave the same opportunity to Rep. Ann Pugh, and she likewise declined. I read that Sen. Ruth Hardy also declined an opportunity to discuss the amendment in a public forum in her district. The majority voted for this amendment, yet they will not discuss the specifics of this amendment with their constituents. Why would that be?

The Legislature has left no option for the moderate view of safe, legal, early term abortion supported by most Vermonters and intended in Roe originally. They went beyond Act 47 with a word salad amendment, but seem afraid to discuss it. I am left to think that the proponents are betting Vermont voters will look at this language, believe it to be essential for the preservation of Roe v. Wade, and that it is harmless when neither rationale is true.