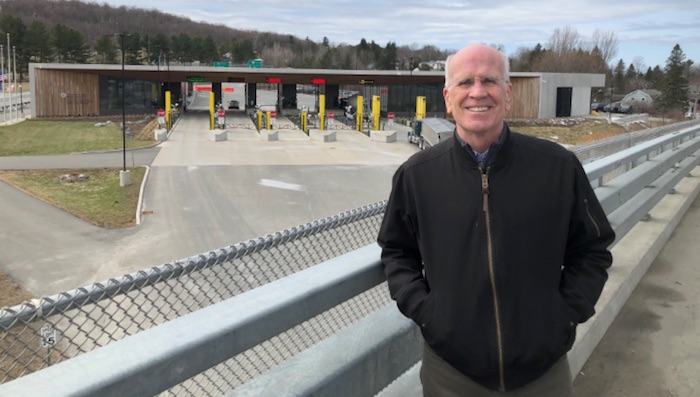 U.S. Rep. Peter Welch, D-Vt., was elected to the U.S. House of Representatives in 2006. He currently serves as Chief Deputy Whip of the House Democratic Caucus and is a member of the Democratic Steering and Policy Committee.

When U.S. Senator Patrick Leahy announced last week he wasn’t running for re-election after serving the people of Vermont for nearly half a century, the first question asked was who was going to take his place.

U.S. Rep. Peter Welch announced on his Facebook page he is running for Leahy’s seat, stating, “The Senate hangs in the balance and the whole country will be looking to Vermont. We’re ready. We’re ready to fight and win the Senate seat. Join us.”

Welch, who’s served in Congress since 2007, said that in “Vermont we listen more than we talk.”

“I got into politics as a community organizer after I saw what housing discrimination was doing to communities in Chicago,” Welch said. “I learned that the best way to help people is to start by listening. To focus on the solution, not who gets the credit – that is the Vermont way.

Welch said COVID-19 has been long and hard not only on the people of Vermont and “it shouldn’t be hard for your government to help people.”

“And yet everything – everything – voting rights, Medicare for all, a Green New Deal, lowering prescription drug costs, reproductive justice, racial and economic justice – everything gets filibustered by the Mitch McConnell Republicans in the Senate,” Welch said. “They are fighting for failure.”

Welch said he is committed to passing a positive agenda and that the open seat in Vermont will draw “powerful outside interests” who will be looking to advance their agenda and not the will of the people of Vermont.

According to Welch’s bio, he has worked across the aisle to create jobs, increase access to education and health care, in addition to making investments in the energy sector, environmental conservation and placing a focus on veterans.

Welch was born in Massachusetts in 1947 and worked in Chicago, where he was a Robert F. Kennedy Fellow battling against housing discrimination. He moved to Vermont after law school, where he worked as a public defender before starting his law practice.

His political career began in 1980 when he was elected to the Vermont Senate to represent Windsor County and later was the first Democrat to serve as president of the Senate.

He was elected to the U.S. House of Representatives in 2006. He currently serves as Chief Deputy Whip of the House Democratic Caucus and is a member of the Democratic Steering and Policy Committee.

15 thoughts on “Welch: ‘The Senate hangs in the balance and the whole country will be looking to Vermont’”