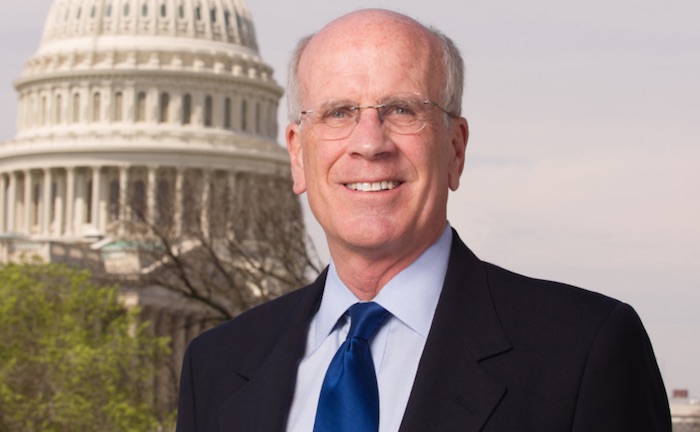 WITHDRAWAL FROM AFGHANISTAN: Rep. Peter Welch, D-Vt, and other lawmakers have signed a letter calling for the Biden Administration to reconsider its Afghanistan withdrawal strategy so that some Afghans are not left in danger.

Rep. Peter Welch, D-Vt., has joined a group of lawmakers from both parties in calling on the Biden administration to rescue thousands of Afghans who helped the U.S. military and may be left in danger if American soldiers leave too abruptly.

“We formed the bipartisan Honoring Our Promises Working Group to prevent the Afghans who served by our side from being killed in the wake of our withdrawal by groups like the Taliban, ISIS, and Al Qaeda,” the June 4 letter sent to President Joe Biden reads.

Written and signed by a bipartisan group of 21 members of Congress, including Welch, the letter calls for changes to visa requirements that would help evacuate more than 18,000 Afghans before Biden fulfills his promise to pull 2,500 troops out of the war-torn country by Sept. 11.

The members of the bipartisan group are concerned that Afghans working for the United States will become Taliban targets once the U.S. military withdraws.

“At the request of your Administration, members of the working group introduced legislation to streamline and accelerate the process by raising the visa cap for the Afghan Special Immigrant Visa (SIV) program and waiving the medical exam requirement,” their letter states. “But even with those legislative fixes, the SIV application backlog is likely to keep growing and our Afghan partners are certain to face an even greater threat.”

Under current visa guidelines, applicants for visas must wait 800 days to complete the process, while the planned military withdrawal could be complete in less than 100 days.

The letter cites historical precedent for mass evacuations, such as in 1975, when the U.S. evacuated 130,000 Vietnamese refugees from Saigon while using Guam as an evacuation site. In 1996 thousands of Kurds were evacuated during the Iraqi Kurdish Civil War, again using Guam.

The congressmen have introduced legislation that would streamline and speed up the process by raising the visa cap for the Afghan Special Immigrant Visa (SIV) program. The legislation also waives the current medical exam requirement.

In addition, they are calling on Biden to establish a President’s Interagency Task Force to manage and evacuate Afghan allies and again use Guam as a safe temporary location before “moving our friends and allies to more permanent locations within the continental United States.”

COVID vaccination could be an important factor for those seeking to escape danger. The group is recommending that the envisioned task force “develop a robust vaccination and housing plan that defends against COVID-19 and its potential impacts on the local community.”

In April, Welch released a statement in support of the decision to end the war.

“This is long overdue,” he wrote. “After 20 years of conflict and too many American and Afghan deaths, it is painfully clear that a U.S. military mission cannot, alone, bring peace and stability to Afghanistan. Our service members have made tremendous sacrifices to deliver on the intended mission to destroy and drive out Al-Qaeda from Afghanistan, and now it is time to come home. Congress must act to make sure that no President has the authority and a blank check to carry out a decades-long war ever again.”

The two-decade-long war has spanned three presidencies and has had its critics. Pressure to end the war increased when the Washington Post in 2019 released 2,000 pages of interviews among military and political figures involved in the war.

In an interview with CNN in 2015, former President Donald Trump said the war was a huge mistake and predicted that the country “will collapse about two seconds after they leave.”

Critical observers note that there are high valued resources in the country, including a multi-billion dollar opioid trade and massive mineral deposits such as natural gas and metals.

According to a Washington Times commentary written by Daniel Davis, the withdrawal is long overdue.

“It is also important to note that our elected leaders and military officers exist to serve the interests and will of the American people,” he wrote. “Large majorities of the American population and even larger percentages of veterans support Mr. Trump’s desire to withdraw; even 60% of Biden voters favor withdrawal.”