Weinberger won his fourth term on Town Meeting Day with 6,189 votes to Tracy’s 6,060. Independent City Councilor Ali Dieng was the next runner-up with 1,830 votes.

With policing at the forefront of issues debated by the mayoral candidates, Weinberger’s victory may be seen as a narrow endorsement of his plan to increase staffing and maintain security for city residents. The mayor also campaigned on his financial management of the city. 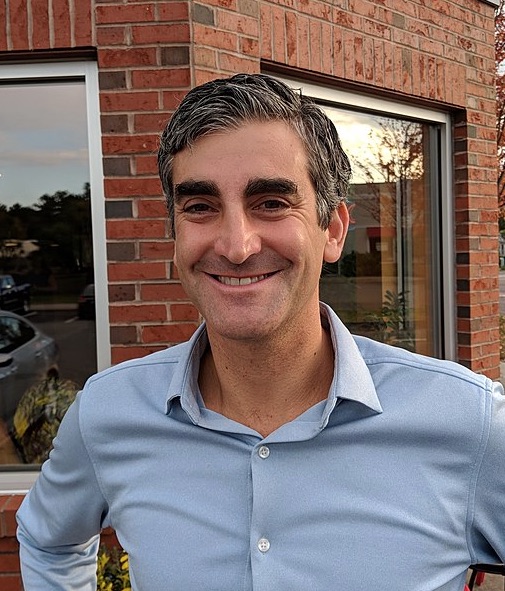 JUST MADE IT: Burlington Mayor Miro Weinberger retained his office via a slim 129-vote margin on Town Meeting Day.

In the weeks before the election, Weinberger doubled down on supporting adequate police staffing levels to ensure 24-7 police coverage. Tracy, a Progressive councilor from Ward 2, supported a reduction in the police force by 30 percent under 2020 levels — from 105 down to 74. Police leaders have said that a minimum of 76 officers are required for around-the-clock policing — Burlington currently has 78.

Self-described climate organizer and Progressive Jack Hanson ran unopposed and was re-elected to the city’s East District, Democrat Joan Shannon maintained her seat in the Council South District, and independent Mark Barlow won in the city’s North District, becoming the only new member of the council. Among other issues, Barlow ran against Question No. 5, the “just cause” evictions item which involves taking away a landlord’s right to evict a tenant at the end of a contract.

Voters approved all seven of their ballot initiatives, including controversial ones on energy, elections, and landlord/tenant laws. Voters said yes to impose fees on carbon-fuel heating, reinstate ranked-choice voting after the city removed it in 2010, and prohibit landlords from being able to terminate a contract with tenants once its end date has been reached. All ballot items were denounced by the Burlington GOP.

Ranked-choice voting, Question No. 4, which passed with 64% of voters in favor, allows voters to rank city council candidates in order of preference. With ranked-choice voting, if a voter’s first choice candidate does not win a majority, votes shifts over to the next preferred candidate, and the candidate with the fewest first-choice votes gets eliminated. The process continues until there is a winner who has at least 50% plus one of all votes. The voting scheme was enacted in Burlington in 2005 but later repealed in 2010. The proposed charter change must be approved by the Vermont Legislature.

Ballot Question No. 5, “just cause” evictions, passed with 63% of the vote. If the Vermont Legislature approves the proposed charter change, landlords in Burlington would not be allowed to evict tenants when a lease expires without a legal justification. The Burlington GOP said this initiative will result in fewer rental properties available for those who need them most.

Voters also approved Question No. 3, a measure to let the city regulate energy systems in commercial and residential buildings, and to impose fees on owners who use carbon-based heating such as oil or natural gas. The Vermont Legislature also must approve this proposed charter change for it to go into effect.