The machines replace the AccuVote models used for all recent elections, including the 2020 general election. 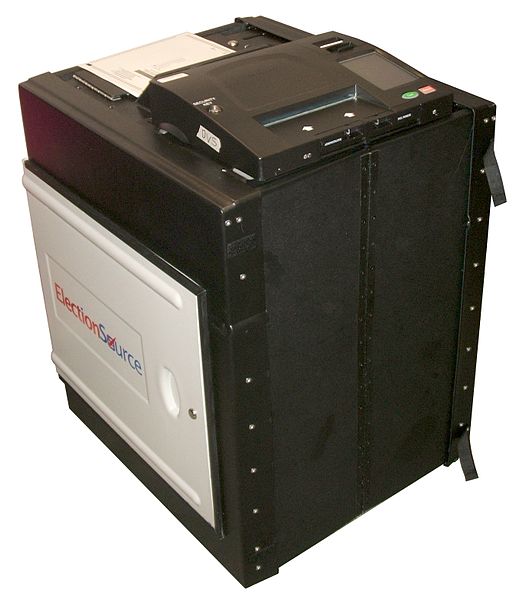 HACKABLE?: Vermont’s voting system has been based on the use of an optical scanning unit that has a reputation for being easy to hack through the machine’s removable memory cards.

Earlier on Friday, a reader emailed photographs of new Dominion machines being installed at polls in South Burlington. An inquiry to City Clerk Donna Kinville confirmed that fact and led to a call to Senning.

A 2013 state law says that “All municipalities that have voted to use a voting machine shall use a uniform voting machine approved by the secretary of state.”

The new machines have no modem, no USB port, and no way to connect to the Internet, Senning said.

All 140 towns and cities using tabulators are having their machines replaced. The other 110 or so municipalities – all small towns – will continue to hand count their ballots.

Senning was asked if he has any doubts about using Dominion machines, which have faced criticism for playing a role in alleged ballot fraud during the 2020 presidential election.

No, he said. “The claims that arose about them from the 2020 election are false.”

The machines are provided by election service contractors LHS, longtime clients of the Vermont Secretary of State’s office. According to its website, “for more than 20 years, LHS marketed the highly regarded AccuVote tabulating systems. We have more than 4000 AccuVote systems installed and will continue to support the AccuVote well into the future. Our latest voting solution is the Image-Cast line of products by Dominion Voting Systems. These products are among the most advanced technologies on the market today.”

Senning said continuity and job satisfaction were major factors in the Secretary of State’s Office decision to continue with LHS.

“Exploitation of these vulnerabilities would require physical access to individual ImageCast X devices, access to the Election Management System (EMS), or the ability to modify files before they are uploaded to ImageCast X devices. Jurisdictions can prevent and/or detect the exploitation of these vulnerabilities by diligently applying the mitigations recommended in this advisory, including technical, physical, and operational controls that limit unauthorized access or manipulation of voting systems,” the CISA report said.