This is the Jan. 8, 2022, update from the Vermont Independent Schools Association.

VISA lobbyist Gabrielle Malina reports the Senate Education Committee had a robust conversation about legal issues pertaining to church and state and tuition to religious schools. Legislative attorneys Jim DesMarais and Elizabeth St. James presented an excellent primer on Public Tuition for Religious Schools. It is even better and clearer than last years’ and updated with the Maine Case. 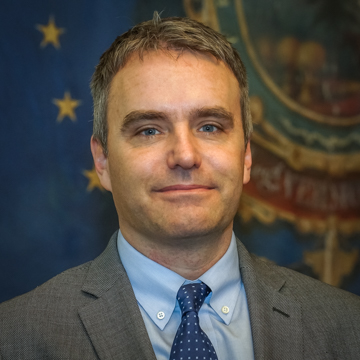 When asked what his objectives and plans were in bringing forward a bill, Sen. Brian Campion (D-Bennington) said a majority of Senate members wish to ensure public dollars do not go to schools that discriminate. The same question applies to pubic dollars towards religious instruction. The third piece is clarification for school districts since they’re all doing different things to assure that public funds do not support religious activity.

Sen. Campion said one of three things could happen. The first is do nothing now; the Supreme Court will be ruling on Carson v. Makin which will have strong bearing on Vermont’s actions. The second is to consider a bill similar to what the committee considered but did not act on last year, such as S.219. The third is to ban all public tuition to independent schools and make the historic four academies public. The committee quickly understood this to be not worth consideration. DesMarais said it definitely would be illegal. Campion said Senate leaders have no appetite to try to end tuition to independent schools.

Education groups testified before the Senate Education Committee this week expressing serious challenges schools are facing due to the ongoing pandemic. Teacher, Superintendent, School Board and Principal groups all testified to common themes of workforce challenges, staff and administrator stress and overwhelming workloads, a plea for no new major initiatives from the legislature and behavioral challenges across many student age groups.

Kindergartners are demonstrating explosive behavior, reported Jay Nichols of the Vermont Principals Association. Eighth graders are taking their social cues from Tik Tok. Ninth and tenth graders are showing increased substance use – a phenomenon not experienced in a while. Nichols also noted suicide attempts amongst females ages 12-17 are up 51 percent nationwide. Learning losses appear to be considerable, but schools are so overwhelmed with managing staffing shortages and new student behavioral issues that it does not even feel possible to address those losses but rather to provide as much stability and normalcy as possible.

Public education groups are pleading with legislators to refrain from enacting major new education initiatives this session with the exception of shoring up workforce. The Senate Education Committee will likely consider fast tracking a bill allowing retired teachers to return temporarily to the workforce without losing retirement benefits. The committee may also look at statewide teacher bonuses, and student loan repayments.

Other possible workforce measures include paying paraeducators to become teachers and working with higher education institutions to ensure the teacher pipeline is strong. A bill regarding limiting public tuition to religious schools is being teed up this week. The committee will also take on implementing the recommendations of the Pupil Weighting Report, which includes a recommendation to move to solely income-based education funding. To address student social-emotional and behavioral challenges legislators pointed to strengthening last session’s Community Schools Act and to continued funding for more summer and after school programming.

Slow progress continues in the final steps of the long-awaited revisions to the 2200-Series State Board of Education rules for independent school oversight and approval. Progress slowed because the Board sought advice from the Act 173 Advisory Group on recommendations made by individuals who filed written comments before the Nov. 30 closing date.

The Advisory Group, which last year endorsed the 2200 Series proposals laid before the Ed Board focused on three particular questions—whether prohibitions against discrimination on the basis of dis-ability were clearly enough presented in the rules, whether additional clarity was needed in specifying how students with disabilities would enroll in independent schools and how to assure that LEAs would not interfere in students’ ability to choose to enroll in an independent school no differently than if they were not disabled. Representatives from VISA, the Council of Independent Schools and Vermont Legal Aid’s Disability Law Project spent much of this week working out revisions to the rules to clarify language and create the needed assurances.

The Ed Board’s Rules Subcommittee will receive the updated language next week, and will work with the Agency of Education and other interested parties to respond to the other written comments submitted in the rulemaking process. The Board’s latest forecast is that the Board itself will make any final edits it thinks necessary and will then sign off on the rules at its February meeting. The rules then will go to the Legislative Committee on Administrative Rules for review and, if approved there, will immediately take effect.

The Vermont Chamber of Commerce reports: Historic federal investments in broadband infrastructure will jumpstart broadband buildout, connecting more households, businesses, and community anchor. Due to the matching requirements for most of these programs, the Legislature must determine whether State funds appropriated for broadband buildout will be sufficient to cover Vermont’s share of the cost of these projects, and whether the State is on track to meet statutory goals of providing 100/100 Mbps service to all locations in Vermont by 2024.

The Legislature must also address the problem of finding the workforce to carry out this project. Last year the Legislature created a pilot program at Vermont Technical College to train fiber-optic techni-cians, pay them during classroom training and apprenticeship and offer wraparound services such as childcare. The Chamber supports this program to create a stronger talent pool and will continue to advocate for relocation incentives to attract more workers to the state.

Gov. Phil Scott’s State of the State address focused on Vermont’s workforce crisis, a familiar theme for employers. The Governor stated that he will not support any legislation that could make the workforce shortage worse. He prioritized workforce training opportunities with an expansion to the CTE program and a relocation incentive package with targeted marketing to attract new workers.

The Governor also outlined other ways to attract more workers through refugee resettlement, recruitment of Canadian businesses, modernizing licensing laws and eliminating the tax on military pensions. The Governor also noted the shortage of middle-income housing as a critical need for addressing the workforce shortage. The Governor suggested his budget will address other economic development pro-grams and make transformational investments for a strong economic future. The Governor’s budget will be presented in two weeks.