Is it possible for Sen. Bernie Sanders to stay in Vermont and carry out the people’s business as well as deal with the numerous and critical issues impacting his state? According to a recent article in VTDigger and the Bennington Banner, the answer is he cannot due to scheduling commitments.

The sources noted that Sanders has plans to travel in October to nine states in support of candidates who are closely aligned with his policies and are out to defeat pro-Trump candidates. This comes on the heels of having been to 17 states this year, conducting political barnstorming and promoting his book missions. 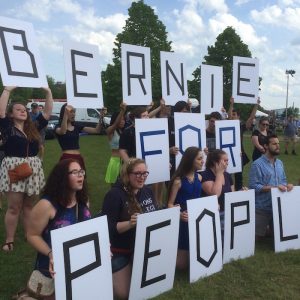 The adage that you can’t be in two places at once does not apply to Sanders. He feels he can easily be in three places — Vermont, Washington and throughout America. And what must amaze voters from other states is the huge block of voters in Vermont who feel it is OK for their senator to do whatever he pleases.

Of course Sanders has a real knack of placating his Vermont supporters by making key and timely announcements of grants from the federal government to Vermont. In between, he makes announcements that are radical in nature just to command a week’s worth of publicity and to let his supporters know that he is doing their business.

The fact is Bernie Sanders is not resolving the issues that Vermont is facing today, and the issues need the attention of full-time legislators. For years now Vermont has been trying to wrap its arms around the drug crisis, spiraling housing and health care costs, lack of mental health and affordable day care services, and a disappearing labor force impacting small and large employers.

I may have been the only one in Vermont to have missed Sanders revealing to his constituents in 2012 that, if you re-elect him, he really doesn’t have plans to spend much time on Vermont business.

The record between 2012 and 2018 speaks for itself — Sanders spent a great deal of time away from Vermont and traversing America to get millions of voters to know him and his repetitive progressive message. He was not present for scores of votes in the U.S. Senate.

His absence from Vermont and Washington crested in 2016 when he ran in the presidential primary — he was rarely in Vermont and he really didn’t care because he had been re-elected in 2012 by a landslide. His home-state voters gave him a pass to spend his time outside of Vermont promoting himself and his personal objectives.  Now, six years later, Sanders has informed his Vermont followers to just send him back to Washington, but don’t expect him to spend much time there.

He has a national book-signing tour to get on with, he wants to barnstorm in a dozen states for like-minded candidates, and he may just run again as the Democratic Party’s candidate to challenge President Trump. He knows that in doing so his fellow Vermonters firmly believe that Sen. Leahy and Congressman Welch will take care of business.

Well, there are some of us that do care, and we expect any elected representative to be full-time at the position he or she has been elected to. If they believe it is important for them to not carry out their duties, they should let us know.

Vermont does not need a traveling salesman as its U.S. Senator — it needs a full-time senator to be in Vermont and Washington. That is what the other U.S. Senators from the 49 states deliver to their constituents.