There are dozens of Vermont organizations dedicated to diversity, inclusiveness, and the end of racism. The governor, as well, has created an office for such work, headed by Ms. Xusana Davis.

As we approach Nathaniel Boone Day, I wonder how many of these organizations and all Vermonters are aware of what Mr. Boone, now 93 years old, endured to receive the honor from Governor Scott’s proclamation of Feb. 17, 2017?

To fully understand the day’s significance, one must go back to 1945-46 Englewood, N.J. It was then that a teenager decided that he wanted to go to college, but his family, absent his father who had passed away a few years earlier from injuries of being gassed in World War I, did not have the funds to send Mr. Boone to college. But there was the G.I. Bill, a government source of funding for veterans. 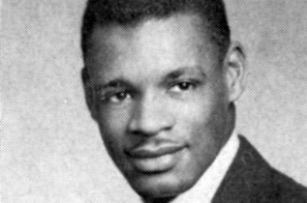 For Mr. Boone, the road ahead was clear: enlist in the U.S. Marine Corps. So off he went to Camp Lejeune in North Carolina. It was a two-part bus trip — first to Washington, D.C., and then a long ride to the Marine base. The first leg was uneventful; the second was not the same case.

Mr. Boone had no choice once he got on the bus in Washington: he saw where he had to go — the back of the bus. For someone who had grown up in a mixed-race community in the North, the experience was foreign, but his mother and aunt had warned him.

They had not warned him about what to expect once he arrived at Camp Lejeune.

Camp Lejeune was, and still is, a sprawling military compound, measured not in acres, but square miles. One part of the base, Montford Point was in 1942 designated as the training area for all enlistees. For the first 167 years of the Marine Corps existence, there were no or Native American enlistees, in accordance with a 1798 Act of Congress. In 1942, President Roosevelt changed this by executive order.

Montford Point (closed in 1949) was to the Marine Corps what Devil’s Island must have been to its French inhabitants — made only worse for the trainees by having only white officers, many of whom would have preferred that the Corps stay all white.

Mr. Boone survived it all and, several years later, received his honorable discharge as a corporal. With the G.I. Bill, he then entered Bates College in Maine.

Once again, Mr. Boone was tested at the almost all-white college in the “whitest“ state in the country. He excelled at Bates and met his future bride (in 2021, they will celebrate their 64th anniversary). What followed was Boston University Law School, the practice of law in Hackensack, N.J., and then settling in Winhall, Vt., in the late 1980s.

In 2012 in Washington D.C., Mr. Boone, along with 400 living Montford Point Marines, was personally honored by the U.S. Congress with the Congressional Gold Medal, the country’s highest civilian award. On Feb. 17, 2017, the Vermont Supreme Court, the Vermont Senate and House of Representatives, and the Governor’s Office all honored Mr. Boone on the same day, a first in Vermont.

As we celebrate Black History Month, one can only be disappointed that despite the tearing down of segregation and discrimination barriers since Montford Point, we are still dealing with racism and other biases.

If racism is attributable to ignorance, fear, lack of self-confidence, envy, or economics, I strongly urge those who harbor such feelings to reach out and find their Nate Boone. Because once you have and if you could walk in Nate Boone’s shoes, you will ask yourself, why have I embraced racism?

And yes, for those who are counting, this is the fifth column I have written about Mr. Boone and what it means to be of color in this country. And I will continue until positions on diversity and inclusiveness are no longer required.

In the meantime, let us wish Mr. Boone a Happy Nathanial Boone Day!