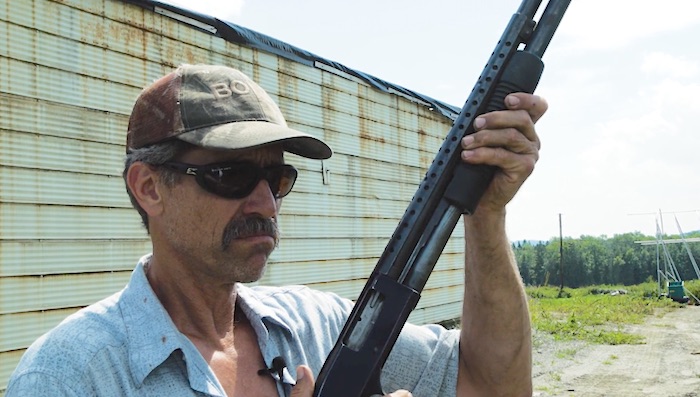 HANDS OFF: Former state Sen. John Rodgers, D-Essex-Orleans, has been one of the leading advocates for gun rights in Montpelier.

As the prospect of having a pro-gun-control leader in the White House gains steam heading into the new year, gun rights advocates in Vermont are re-evaluating the outlook for firearms freedom in 2021 and beyond.

Former state Sen.John Rodgers, D-Essex-Orleans, says even though he won’t be in the Senate this year, he will remain an advocate for Second Amendment rights.

“I’m sure that there’s going to be the same liberal push for more gun control measures; they want to take a little bit at a time until they get what they want,” Rodgers told True North in an interview. “I have no doubt that there will be proposals that will infringe further on our Second Amendment rights.”

Although Republicans have picked up seats in the Vermont General Assembly, Rodgers does not think that the new composition of representatives at the Statehouse is going to change things much on gun issues.

“I don’t think it changes a whole lot,” he said. “The pro-Second Amendment people still don’t have enough power in the building to overcome the liberal anti-gun agenda, so really it’s sort of left to how far do they want to push it, will the governor veto it, and then there’s the override.”

Stu Lindberg, a resident of Cavendish, helped promote a movement to make his town a sanctuary town for gun rights. The push failed after a close vote.

“We’re still a relatively free state, but if the legislature has their way with their supermajority then we’ll get gun laws like in New York and Connecticut,” he said.

Gun sales have been booming in the state and across the nation, setting new records. Lindberg said that’s a good sign.

“I can tell you that those of us who care about the Constitution and personal freedoms and liberties as enshrined in the Constitution, we’re all very nervous,” he said. “We’re very concerned about what’s going on in Vermont and in the country about both the First Amendment and the Second Amendment, and all this propagandizing on all of these issues. It’s unnerving.”

Post-election polls show 80 percent of Republicans, and 30 percent of Democrats, believe election fraud took place that helped Joe Biden. Lindberg said he was unimpressed with the way the 2020 presidential election was handled.

“If we’re going to defend the Constitution it’s going to take a grassroots effort to really motivate every voter to get out and try to make sure any sign of voter fraud is documented and reported, and to really put pressure on our elected officials to take it seriously,” Lindberg said.

Eddie Garcia, a gun rights activist and the founder of Vermont Citizens Defense League, said he’s concerned about having Biden in the White House.

“With Biden/Harris, I’ve progressed from concerned to livid. I don’t appreciate being threatened. For years, those of us who support gun rights have been called paranoid when we said we see the things coming that are in Biden’s gun control plan,” he said.

“[We could have] registration in the form of taxation, and ultimately confiscation. It’s almost like Biden wasn’t paying attention to what happened in [Gov. Ralph] Northam’s Virginia. I have four words for Mr. Biden: We will not comply. If he thinks I’m going to tell the government what I have, he’s sneaking puffs of his son’s dope pipe.”

Sen. Alice Nitka, D-Windsor, got a “strong 2A” rating when she was ranked by Gun Owners of Vermont’s report 2018 report card. She said that she doesn’t think there will be new proposals this year, but some familiar ones may return.

“I think there’s one piece with regards to domestic violence that I think might come up; that was something that had come up before and it didn’t go anyplace,” she said.

“The issue which still remains is getting a court order before somebody can take somebody’s guns. You know, that’s all kind of been worked out, but people feel there’s something more to be done there,” she added.