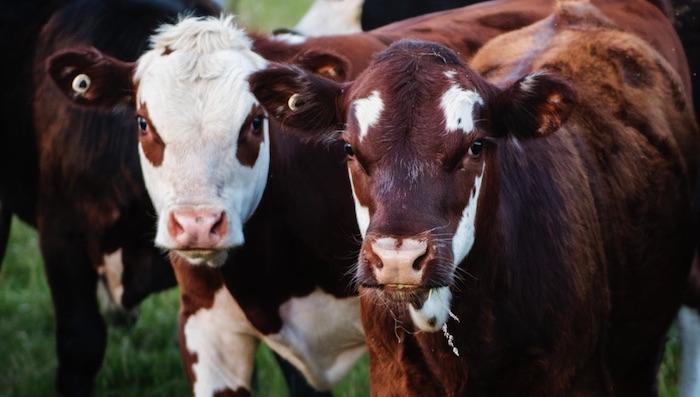 VAAFM seeks to mandate that on-farm-slaughtered meat customers drive up muddy roads to burn fossil fuels to view a slaughter — and if there are multiple owners, they are all expected to attend. This does zero for animal or human health, wastes fuels and creates a big hurdle.

In the midst of a food-inflation crisis, and while Vermont farmers already lack sufficient slaughter facilities to meet the growing demand for their products, Vermont’s Agency of Agriculture Food and Markets (VAAFM) effectively seeks to prohibit on-farm slaughter by imposing unnecessary, burdensome restrictions. While the Agency pretends to be protecting on-farm slaughter from the big bad feds, the truth is that it seeks to impose ludicrous, unconstitutional restrictions that do nothing for health, and which the federal government has not requested.

Vermonters have the legal right to slaughter animals on-farm: it is more humane, creates an income for itinerant slaughterers (professionals who travel to farms to perform slaughter), and allows farmers and their customers to use smaller, more flexible, custom processing facilities. Vermonters have been doing this for hundreds of years — selling meat to their neighbors — and no one appears to be getting sick (as they do with industrial food). Farmers and VAAFM had achieved something of a compromise, and the federal government permits multi-owned animals to be sold in most states under the personal use exemption — but suddenly there is a problem.

Vermont’s Agency of Agriculture is out to destroy this practice in the name of saving it. A mysterious “memo” purporting to be from the federal government (but which VAAFM claims is “misinformation”) claimed that people buying on-farm slaughtered animals from farmers were required to be on premises when the slaughter was performed or the operation would be illegal. VAAFM issued an email to registered on-farm slaughterers on January 6, 2022 stating:

USDA has reinforced the requirements in all states, including Vermont, that in order to qualify for the personal exemption, the owner(s) of the animal has to conduct the slaughter and/or be present if they hire an itinerant slaughterer.

This is simply not true. And if it were true, it would be unconstitutional and our VAAFM should support and defend farmers and Vermonters and their food supply rather than rush to choke us off. This absurd requirement is not something the federal government cares about.

Local food uses less fossil fuel energy than long-distance transport, and people can befriend and trust their local farmer in a time when federal law permits foreign meats to be processed domestically and then labeled as “Product of USA.” The closer one is to their food, the more wholesome, trustworthy and environmentally conscious it becomes. Now, VAAFM seeks to mandate that on-farm-slaughtered meat customers drive up muddy roads to burn fossil fuels to view a slaughter — and if there are multiple owners, they are all expected to attend! This does zero for animal or human health, wastes fuels, and creates a big hurdle — customers don’t wish to do this, and it is hard enough to schedule farmer, slaughterer and processor for these occasions without having to schedule an “events page” for all the different customers to park on the road for a slaughter.

The Vermont Office of Legislative Counsel was requested to review the law, and attorney Michael O’Grady reported in a December 1, 2021 memo that numerous states permit multiple owners without this buyer-attendance requirement, and that the feds (FSIS) didn’t have a position and were being pressed by VAAFM to respond to the question that originated with VAAFM.

One month later, VAAFM informed registered on-farm slaughterers that their customers would need to be present, notwithstanding the fact that FSIS had not raised the issue, and certainly no farmers or their customers would do so. In a follow-up email, legislative counsel O’Grady expressed surprise that the VAAFM took this stance:

After issuance of that [December 1] report, the Vermont Agency of Food and Markets (VAAFM) informed the Vermont Senate Committee on Agriculture that USDA FSIS had informed AAFM that itinerant slaughterers could no longer serve as an agent of a person slaughtering an animal under the personal use exemption. … AAFM also indicated it was FSIS’s position that all owners of an animal slaughtered under the personal use exemption must be physically present at the time and place of slaughter of the animal in order to qualify. … Thus, a family farm owned as an S Corp or LLC would need every person with an ownership interest in the farm to be present at the time and place of slaughter in order to qualify for the personal use exemption. … This interpretation seemed impractical to the Vermont Senate Committee, and it also appeared to conflict with FSIS’s own guidance allowing multiple owners to live at different addresses than the animal. … In addition, AAFM had no statute, rule, guidance, or FSIS interpretive letter it could refer to the Vermont Senate Committee as evidence of the basis for the revised positions on personal use.

In testimony on March 25, the attorney for VAAFM et al., Steven Collier, advocated for rules he repeatedly agreed made no policy sense, but which “were the law” (at 1:10:10):

As you all know, our Agency has a cooperative agreement with the federal government so that we can also administer a state-inspected program. Our program has to be equal to the federal program or we can’t have it. And I think one thing that maybe confuses this issue and why there’s so much misinformation about it is everybody characterizes it as on-farm slaughter. On-farm slaughter does not exist in federal law. On top of that, itinerant slaughterers do not exist in federal law. There is a personal use exemption [that allows farmers to slaughter their own animals] That’s all it does. ….That’s the law. [though FSIS has extended that through guidance issued in 2013].

Attorney Collier affirmed that existing practices are based on an FSIS 2013 position letter. By definition, the personal use exemption has been extended to allow multiple owners of one animal to “personally use it.” Mr. Collier himself confirms this — he just claims the customers must now be on site to “qualify” for the personal use exemption, which he concurrently claims bans itinerant slaughterers from even existing:

[We understand customers don’t want to be involved with slaughter] … I’m worried we’re going to push the USDA to getting rid of the itinerant slaughterer. They don’t like it. There’s nothing in federal law that allows it. We have one letter from 2013 that says we can do it. We want to continue doing it, but I am concerned if we push too hard on this issue and USDA is looking at its statute, and looking at its need to be consistent around the country, that it’s going to backtrack off that. And the reason I’m concerned is that guidance memo. … The info we have from FSIS is that we can continue with the itinerant slaughter program until we hear otherwise. That’s what we are going to do.

But that’s not what the VAAFM is doing at all. This is doublespeak.

Under the United States Constitution, all government action — even by the FSIS — must demonstrate a legitimate governmental interest to justify any rules or laws that restrict fundamental rights (like the right to operate a business and control one’s own property, including one’s food). Does attorney Collier perceive that the federal government could win a case in court, shutting down Vermont farmers because we didn’t have our customers attend slaughters? There is no legitimate interest served by such a requirement.

A perusal of the “Red Meat Map” and chart at the Farm-to-Consumer Legal Defense Fund reveals that many states permit multiple owners without limit under the personal use exemption, few if any other states require the added safety of itinerant slaughterers as Vermont does, and no states require that the multiple owners be on site. Why does VAAFM continue to press this paper-tiger argument, creating a problem for it to “solve” by crushing businesses?

These pathetic efforts to ruin Vermont’s booming on-farm slaughter businesses by mandating that faraway customers drive to the farm to witness slaughters beg the honest questions posed by Wendell Berry back in 1971:

This sort of thing is always justified as “consumer protection.” But we need to ask a few questions about that. How are consumers protected by a system that puts more and more miles, middlemen, agencies, and inspectors between them and the producers? How, over all these obstacles, can consumers make producers aware of their tastes and needs? How are consumers protected by a system that apparently cannot “improve” except by eliminating the small producer, increasing the cost of production, and increasing the retail price of the product?

Neither consumer nor farmer is served by this shallow VAAFM effort. Farms close, bureaucracy grows. That’s not sustainable.