Vermont’s bucolic landscape may be the ideal place for tourists desiring to get away from the city’s madding crowds for a summer vacation, but some places harbor potential killers: disease-carrying mosquitoes. 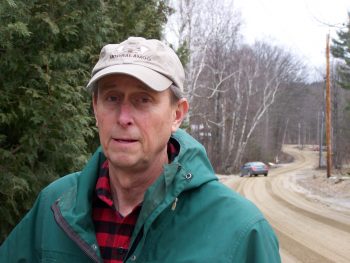 Ecologist and Salisbury resident Dr. Chris Fastie: “I don’t think that my neighbor or the state or the BLSG ICD should be able to spray these chemicals on someone’s property who doesn’t want them.”

Only two official insect control districts (ICDs) exist within Vermont. The districts include the Lemon Fair ICD — which includes the towns of Cornwall, Weybridge and Bridport — and the Brandon, Leicester, Salisbury, Goshen and Pittsford (BLSG) ICD.

According to Liza Doncaster, insect vector management coordinator with the Agency of Agriculture, Food and Markets, any town can form an insect control district. It so happens that only the towns of the Lemon Fair and BLSG have formed districts.

“Districts are funded by the towns,” Doncaster said. “And while other towns may have insect concerns, so far, only the towns of these two districts decided to organize.”

While both Vermont ICDs are located in Addison County, with a small portion of the BLSG straddling northern Rutland County, their very establishment illustrates the fact that the problem of mosquitoes is not going away any time soon.

According to Will Mathis, director of operations for the BLSG ICD, mosquitoes are insects that take their toll on health, recreational enjoyment and lost revenue.

“The district uses a number of methods to determine where and when to spray based on surveillance, species of mosquito, number of mosquitoes collected from traps, landing rates, weather and citizen service requests. These methods are used in all areas,” he said. “Industries such as forestry, farming and tourism are affected by this pest. Even with our best efforts at mosquito larval surveillance and treatments, some mosquitoes evade detection and emerge as a nuisance and health threat.”

In 1898, Sir Ronald Ross, M.D., discovered that mosquitoes transmitted malaria, a parasitic protozoan. And while 19th-century medical science was crude compared to 21st-century standards, Moss demonstrated that the malarial protozoan is released through mosquito bites.

As director of the largest of Vermont’s two ICDs, Mathis said that it is imperative for the towns in his district to be proactive in suppressing mosquitoes before problems manifest themselves. “It’s not only for the nuisance value but for public health protection,” he said.

According to Mathis, the BLSG district stresses larviciding treatments, which uses two species of bacteria (Bacillus thuringiensis israelensis and Bacillus sphaericus), and the chemical methoprene, to suppress mosquito larvae. Insecticides such as malathion are then used on hatched insects by spraying along roads by truck and over floodplains by helicopter.

But not all Vermont residents living within BLSG are happy about spraying insecticides around their homesteads.

Ecologist Dr. Chris Fastie — who lives on the west-facing slope of Mount Moosalamoo in Salisbury, within the BLSG ICD — represents a local environmental group known as Moosalamoo Woods and Water. Fastie may acknowledge that there’s a problem of “too many mosquitoes,” at least from the human perspective, but he questions the spray-anything-that-moves approach to insect control.

Fastie, who enjoys organic gardening, is serious about spray drift onto places where it isn’t wanted.

Fastie said several Salisbury neighbors around him, who prefer not to be identified, are opting out of roadside spraying. Another resident, Wally Bailey, who lives on the west side of Salisbury, has decided to opt out, as well.

“My family has lived in the BLSG district since spraying began and before,” Bailey told True North. “After a time I knew through word of mouth that it was possible to opt out of spraying but did not really know how to and so did nothing except to run around shutting windows, covering outdoor furniture, closing up my chickens and bringing toys inside whenever we would hear the spray truck coming in the distance.

“Of course, we never finished in time or were not at home when they sprayed. … We feel that more people would opt out from the spraying of adulticides if they knew what we have learned.”

Bailey said his wife has a compromised immune system, and that the malathion and synthetic pyrethroids that BLSG uses are much stronger and much longer lasting than the natural pyrethrum derived from pyrethrum painted daisy.

“In Weybridge … the Lemon Fair mosquito district has chosen not to spray adulticides,” he said. 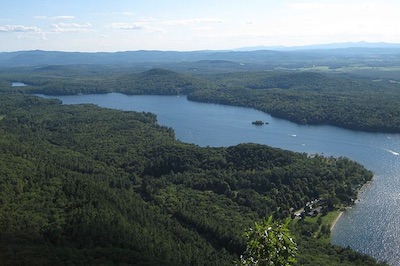 Fastie said spraying adulticides certainly kills mosquitoes along a grid of roads like those around Lake Dunmore, a popular summer camp destination. But towns beyond the lake, around the wider areas of the BLSG district, have many rural roads.

“They’re just spraying along a few roads and it only has an effect on the insects 150 feet from the road. So, I am not sure how much impact it’s really having. The next morning, when you go outside, there may be just as many mosquitoes,” Fastie said.

At least Fastie and others can take comfort in the fact that the BLSG ICD has finally established an “opt out” for homeowners. According to Mathis, any citizen on one of the district maps can opt out by calling 802-247-6779.

“In order to keep the ‘no spray zones’ list current, we have to have annual updates, Mathis said. “The district asks that we receive requests prior to the date listed in our public notice, as we may treat on or after the listed date. We will accept and process requests anytime during the season.”

Fastie said he is willing to let his neighbors choose their own path when it comes to roadside spraying.

Like most residents, Fastie is uneasy about the disease concerns, yet he wonders if those concerns are overblown.

“For the last two summers, the state has been really monitoring the mosquitoes. They didn’t find any EEE or even the West Nile Virus, I believe. When they are not present in the state, there is not a risk; so we can’t use that as a justification for what’s going on.”

Being an ecologist living within a mosquito-invested area, Fastie has a holistic view of the problem that may be decidedly different from other district residents and summer tourists who spend a lot of time swatting at insects and applying DEET.

“Well, there might be an ecological difference here,” he said. “There are lots of wet, boggy, marshy habitats in Vermont, but the Otter Creek floodplain between Rutland and Middlebury is a very big one. It’s very wet, very low area. It’s so flat that it drops 165 feet in 30 miles (from Rutland). It floods and the mosquitoes can lay a lot of eggs in the floodplain forests and agricultural fields. And if the next summer is just right for those eggs, there can be a huge hatching.”

Fastie said certain mosquito species may be better adapted at laying eggs and living in the Otter Creek floodplain.

“That’s why I think there’s an ecological reason for more mosquitoes being in this area, but there are also a lot of species. At Lake Dunmore there are other species that breed in the woods and wet places,” he noted. “But most mosquito eggs are laid in the fields, not in the woods.”

When compared to spraying adults, Fastie said that he prefers the use of bacteria larvicides applied before the insect hatches.

“Millions of larvae can be killed this way,” he said. “But we don’t know much about the ecology of killing so many larvae. There was an English study, I believe, of larvicide applications which showed the reproduction level of one bird species, which eats the larvae, was lowered. But I don’t think it’s critical because the larvicides are well targeted with no impact on people. But the adulticide treatments are something quite different.”

Mathis appeared to be in agreement with Fastie when it comes to larvicides.

“Controlling mosquitoes is most effective when the various species are in the larval stage,” Mathis said. “At this stage, the insect is confined to water and lacks the winged mobility that offers the adult a means of escape. Large populations can be reduced through the use of larvicide, thereby preventing adult populations and minimizing human risks.”

Mathis stressed that larviciding is the prime component of the BLSG’s insect management program. It can be done from the ground in small areas, but requires the use of aircraft for larger areas.”

Mathis added that the use of larvicides means decreased costs when compared to adulticide chemical spray. In order to implement a larvicide program, assistance from the state of Vermont is essential, because aerial treatments are cost prohibitive for small communities.

“We in the Brandon-Leicester-Sudbury-Goshen Insect Control District welcome the active involvement of citizens in public monitoring of the program,” Mathis said. “While the federal and state governments have assured the safety of a properly administered program, we appreciate the concerns of residents.  We have carefully taken every precaution to eliminate dangers to humans and animals.”

In the final analysis, Vermont’s dreaded mosquito season is probably just as hard to predict as it its quirky weather.

Agency of Agriculture’s Eliza Doncaster told True North that with Vermont’s 45 species of mosquitos laying eggs nothing is ever typical.

“Mosquitoes need water while their future turnout is dependent upon the particular species, too,” she said. “Eggs hatch in the spring, some over winter and lay dormant during the cold months. So, as far as this summer goes, mosquito-wise? It’s anyone’s guess.”