According to recent reports by the Vermont Agency of Administration, personal income tax revenue continues to come in at a higher rate than anticipated, and that’s been an ongoing trend since the 2018 GOP tax cuts.

The revenue bump is not unique to Vermont.

There’s one catch for Vermont: The state’s spending habits are rising even faster than additional revenues can make up the difference. 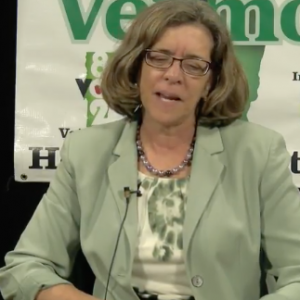 “While pleased with the better than expected revenue coming into the General Fund, as we build the budget for presentation to the legislature in January, it is clear that should any revenue upgrade be recognized by the Emergency Board in January, it will be quickly absorbed by ongoing operational costs of government,” Secretary of Administration Susanne Young said in an interview with True North.

“The increase in the revenue is great but it still is outpaced by the pressures we have in state government,” she said. “Just our fixed costs, our pension liabilities, our payroll, our debt service, all the programs that we have just to fund them at our current service levels, we still have a gap even with this good news and this surplus.”

According to the report, the gap in funding to date between the revenues forecast and anticipated growth in expenditures is about $55 million. New budget requests for increased spending expand that gap to over $70 million.

“That’s when you have to start prioritizing and figuring out what you can pay for and what can’t you pay for, or are you going to raise revenue or not raise revenue,” Young said. “It’s all tied together.”

Not all the revenue data is rosy for Vermont. The administration’s report continues, “Corporate taxes are unpredictable, and the Transportation Fund continues to underperform,” which means money coming in from gas and auto sales is falling short. That fund collected $23.4 million, about $1 million short.

Young told True North that the increase in personal income tax revenues seems to have started about two years ago — the year the GOP tax cuts went into effect.

“It’s mostly personal income, which is one of the big ones in the general fund tax components. [That] has been trending higher than forecast more often than not in the last two years,” she said. “I don’t think that’s unique to Vermont.”

Young added the impact of the tax cuts on Vermont is still being assessed.

“It’s hard to figure out after the major federal tax change of two years ago to kind of sort that out and figure out what’s an artifact of that and what is going to be ongoing,” she said. “As we see these trends in personal income, we’re not able to get a really solid answer as to why because there have been so many changes at the federal level impacting Vermont income taxes.”

She added that for fiscal year-to-date, the state is 4.2 percent above estimates for its total personal income tax collection. The year before, the state was 6.5 percent over the target.

A recent New York Post editorial argues that Trump is not getting enough credit for economic gains.

“Despite what you hear from doomsayers like the newly minted Dem front-runner Elizabeth Warren, the rising Trump economy is raising all boats, not just the fat cats on Wall Street,” it states.

Former Wisconsin Gov. Scott Walker visited Vermont back in May and touted the same talking point on the tax cuts.

“A Republican House, a Republican Senate, and a Republican president put into law the tax cuts and saved the typical family in America, a family of four, $2,000 on average,” he said.

8 thoughts on “Vermont tax revenues have been coming in over targets, but spending is rising faster”