Editor’s note: This commentary is by Eric Davis, the vice president of Gun Owners of Vermont.

Soon the Vermont Supreme Court will be hearing arguments regarding the constitutionality of the state’s recently enacted ban on common ammunition magazines for firearms. Much has been made about the case in the media with a great deal of attention given to the unpalatable personality and reprehensible political views of the defendant in the case: Max Misch. Unfortunately, the narrative seems focused on the person, rather than the issue at hand, which is whether the state should be allowed to set limits on the number of bullets its residents might carry in their guns. All unpleasantries surrounding Mr. Misch aside, here are a few reasons why the state sportsmen’s groups and citizen gun owners oppose the ban. 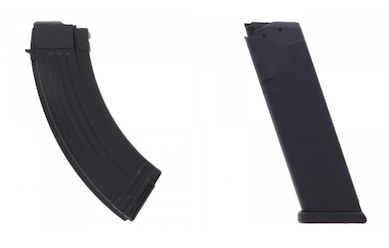 On April 11, 2018, Gov. Phil Scott signed S.55, which banned the sale of standard capacity gun magazines capable of holding more than 10 rounds for long guns and 15 rounds for handguns. That controversial statute is now on trial before the Vermont Supreme Court.

The first is for practical reasons. It took six trained police officers, responding within seconds, and a total of 65 rounds, to neutralize the Dayton Ohio shooter. If my wife ever must defend herself with my rifle while I’m away, the last thing I want her to worry about is reloading.  We believe that we should be afforded the necessary means to protect ourselves and our families without having to worry about breaking the law. Furthermore, honest people should not have their capacity for self-defense limited to 10 rounds, or any number of rounds for that matter. Standard capacity detachable magazines have been in common use for over a century and are only now considered to be “high capacity” since the gun control lobby disingenuously labeled them such in an effort to restrict them.

Optimal ammunition capacity has always been standard technology for any device that expels a projectile since the invention of the slingshot some 10,000 years ago. Confederate soldiers famously lamented the implementation of the Henry lever-action repeating rifle toward the end of the Civil War, with its then unheard of 16-shot ammunition capacity. Infamously dubbed “The Yankee Sixteen Shooter,” the Rebs colorfully referred to it as “that damn Yankee rifle that you load on Sunday and shoot all week.” Thirty-round magazines are just the natural trend in the evolution of the practical modern rifle.

Secondly, Article 16 of the Vermont Constitution specifically states: “That the people have a right to bear arms for the defence [sic] of themselves and the State.” Article 16 also makes mention of the dangers of standing armies at home, suggesting that citizens not only have a right, but a duty to be armed in defense of our state and country, be it from an invading foreign army or a tyrannical domestic force commanded by dictators. Limiting the ability of the good citizens of Vermont to resist either one of these forces is misguided at best and nefarious at worst. Most people agree that our right to bear arms covers old Henry lever-action repeaters from the 1860s. Standard 30-round magazines for a modern rifle should be no different. If one of the purposes for the right to bear arms is a hedge against tyranny and oppression, then giving the tyrants and oppressors power to set arbitrary restrictions on that right sets a dangerous precedent and defeats the whole purpose.

We urge the Vermont Supreme Court to look to the recent ruling of judge Roger Benitez where the long-standing California magazine ban was overturned, albeit temporarily.  Benitez cited the wording in the 2008 Supreme Court Ruling, District of Columbia v. Heller, which asserts that the Second Amendment applies to arms “in common use for lawful purposes.” Noting that the ubiquity of America’s favorite firearms (Glock 17, Ruger 10/22, AR-15, etc., and their configuration to operate with a standard capacity magazine over the limit set by California) unquestionably puts these magazines in ”common use” as described by Heller, Benitez correctly ruled the ban unconstitutional.

For far too long, the right of self-defense has been treated like a second-class right by politicians. The choice of how many rounds to carry in one’s weapon is a choice to be made by the individual, not the state. No one seems to question that we have freedom of speech or religion, but the Second Amendment seems to have become the “it depends” amendment, and an easy target for political opportunism. We in the pro-gun political circles eagerly await the day when we can work with our legislature on ways to actively keep people safe with respect to our rights and without punishing the good, law-abiding people of Vermont. Until then, we hope that even in the very politically uncomfortable circumstances surrounding this case, the court has the courage to take a stand for civil rights the way Judge Benitez did in California. We are hopeful that the Vermont Supreme Court will seize the opportunity to uphold the Second Amendment and our Article 16 by overturning the ban on standard capacity magazines in Vermont.