The release of nationwide reading and mathematics testing results by state showed notable declines in Vermont student performance compared with the previous 2017 results.

The results, released nationally by the National Assessment of Educational Progress (NAEP), delivered news that Vermont’s education officials would probably rather not have to pass along to parents and other school district voters.

Vermont’s reading and math declines among fourth and eighth graders, which reflected both white and non-white students, were in contrast to better scores gleaned from earlier in the decade. 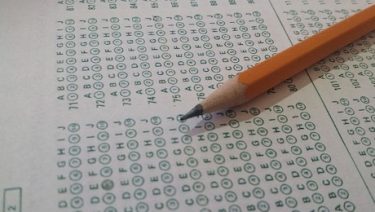 GOING DOWN: Vermont’s reading and math declines for fourth and eighth graders, which reflected both white and non-white students, were in contrast to better scores gleaned from earlier in the decade.

“This year’s NAEP scores paint a concerning picture for Vermont,” Vermont Education Secretary Dan French said in response to the report results. “Many of these metrics have been declining for years now, and while Vermont students are still performing above the national average, we clearly have more to do as a state to ensure our students are prepared for success.”

He added: “I urge school districts to pay attention to these results and make sure we are focused on providing high-quality instruction in core skills like literacy and mathematics.”

Despite the results, French noted that Vermont students scored above the national average everywhere except in fourth grade math results. However, that was scant consolation for many parents and other taxpayers concerned about the increasing costs of education without a corresponding uptick in student test scores.

The NAEP test is administered every two years to students in the fourth and eighth grades in Vermont and elsewhere. Vermont officials remained cautious, even guarded, about the public reading too much into the 2019 data.

“While the NAEP results are a useful barometer — they help us understand what’s happening — we shouldn’t use the data to leap to conclusions about why we see the trends that we do,” said Wendy Geller, director of the Agency of Education’s Data Management and Analysis Division earlier this week. “They are a signpost for us to dig deeper, not an answer or an indication of a cause and effect relationship.”

According to agency Deputy Education Secretary Heather Bouchey, education officials will be “taking a deeper look at the NAEP data along with Smarter Balanced data to determine if trends can be identified and patterns established.”

What state education officials like French, Geller and Bouchey couldn’t easily smooth over was that fact that students here showed a marked decline in their average scale scores compared to earlier testing results.

“This decline follows a downward trend going back roughly a decade or more,” states a news release from the AOE.

While it may be a challenge to find a silver lining in Vermont’s dark educational clouds, the Agency of Education nevertheless released a fact sheet that emphasized some upbeat takeaways:

“On the national level, most states saw little or no improvement in either reading or math at both grades levels that were assessed, with their lowest-performing students showing the most significant declines in scores. Vermont students scored above the national average in reading at the fourth and eighth grade levels, and in mathematics at the eighth grade level in 2019,” the fact sheet states. 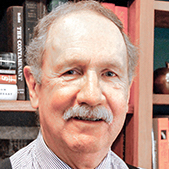 Bill Mathis: “While all groups improved over the long haul, the gaps between white and other racial groups varied over time but generally remained in place.”

Other takeaways were hard to dismiss, such as Vermont students scoring below the national average in grade 4 math in 2019 while scoring significantly lower across grades, subjects and subgroups in 2019 — at least when compared to the 2017 test results.

Bill Mathis, a member of the State Board of Education and the managing director at the National Education Policy Center at the University of Colorado at Boulder, said that after two decades of progress, many scores went down.

“While all groups improved over the long haul, the gaps between white and other racial groups varied over time but generally remained in place,” he said. “Education critics lament and proclaim, ‘It’s time to get tough! Let’s do some more of what didn’t work!’ Meanwhile officials whisper measured words through steepled fingers saying they are ‘concerned,’ that we must do more to ensure our students are well prepared to compete with China and ‘we have more work to do.’

“Still others claim that this exercise in numerology is helpful. Put plainly, standardized tests have no meaningful relationship with economic development and they are poor definers of learning needs. Nevertheless, the NAEP is a valuable outside way of examining trends.”

The Agency of Education reported that its staff both in Montpelier and in the field will make recommendations to school district members around the state on the most effective ways to improve future test scores.

“In particular, the agency is exploring how an increased focus on literacy can be leveraged to improve student outcomes,” the agency’s news release states.