The Zoom meeting, which featured guest speakers Sen. Kesha Ram Hinsdale, D-Chittenden, and Senate President Pro Tempore Becca Balint, D-Windham, addressed other subjects as well, including the costs and benefits of remote learning, and the importance of apprenticeship programs.

Jenna Hirschman, a student from Essex High School in Chittenden County, opened with a description of the group.

“We’re a student group dedicated to finding solutions to bias in schools and supporting educational equity,” she said. “We have a number of projects going on right now that we’ll talk about in a second to help for this.” 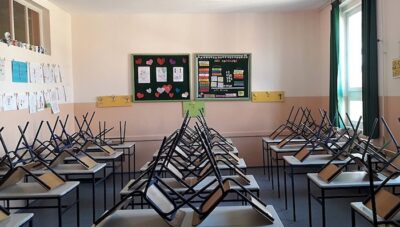 EQUITY EDUCATION?: Social justice themes were the main subject of the Vermont Student Anti-Racism Network panel discussion on Thursday, but other issues including the challenges of remote learning were discussed.

“We’re a group of students from across the state who really want for Vermont to be an anti-racist state and to have anti-racism education,” Hirschman said.

Ram Hinsdale, a state senator who also is running for Vermont’s open seat in Congress, introduced herself as the first woman of color in Vermont’s state Senate.

“So much of my work focuses on anti-racist legislation, but in everything we do [we’re] making sure there’s an anti-racist lens on our work,” she told students and education professionals by video.

Ram Hinsdale said one of her top priorities is to examine the use of suspensions and expulsions in schools. She said while current law allows for kids 8 years old and younger to be disciplined, she supports setting a limit at age 8.

“As many of you know, suspension and expulsion are tools that are used much more against students of color and students with disabilities,” she said.

When the topic changed to remote learning, Mei Elander, a senior at Enosburg Falls High School, said the switch during the first year of the pandemic had pros and cons.

“Once we went remote, or even hybrid learning model, it was kind of harder to engage and be motivated, whereas some got a lot done, and it felt like more personalized learning,” she said. “Also we talked about how COVID gave us more time because … there weren’t as many people in classrooms, and so that made it easier to make learning a lot more personalized.”

Balint noted that certain studies on the impact of the lockdowns on youth exposed significant downsides.

“There was a big study that was released this week in the New York Times … looking at young people and mental health, and it was looking at protective factors,” she said. “But it was also looking at the ways in which we are seeing a huge increase of anxiety, depression and suicide among youth. And one of the things that was most notable to me is we’re seeing a critical rise among young women and also people of color, and we’re still trying to dive into the data about why that is. But of course that is incredibly alarming.”

During one of the breakout sessions, one participant, Arnold Thomas, spoke about the importance of having apprentice-based programs available to all students.

“Students can not only learn in the classroom, but have the opportunity to learn from experts on the ground in local communities, and have that one-on-one kind of experience,” he said.

Sydney Feltz, another student, suggested that sometimes young women in schools are being overlooked, and that smaller class sizes can help.

“As someone who identifies as female, I tend to be spoken over a lot when I talk in a whole group, and [in] large group discussions and class projects and stuff like that,” she said. “And so when teachers really make an opportunity to speak in a smaller group, with maybe just a few peers or a teacher — whether that’s discussing the chapter of a book or the topics that it connects to, or even if it’s just like a new unit in math — I personally value that small group environment.”

Porchea Tipton, the equity director at Essex High School, claimed she experiences racism “all the time” in Vermont. Tipton is African American.