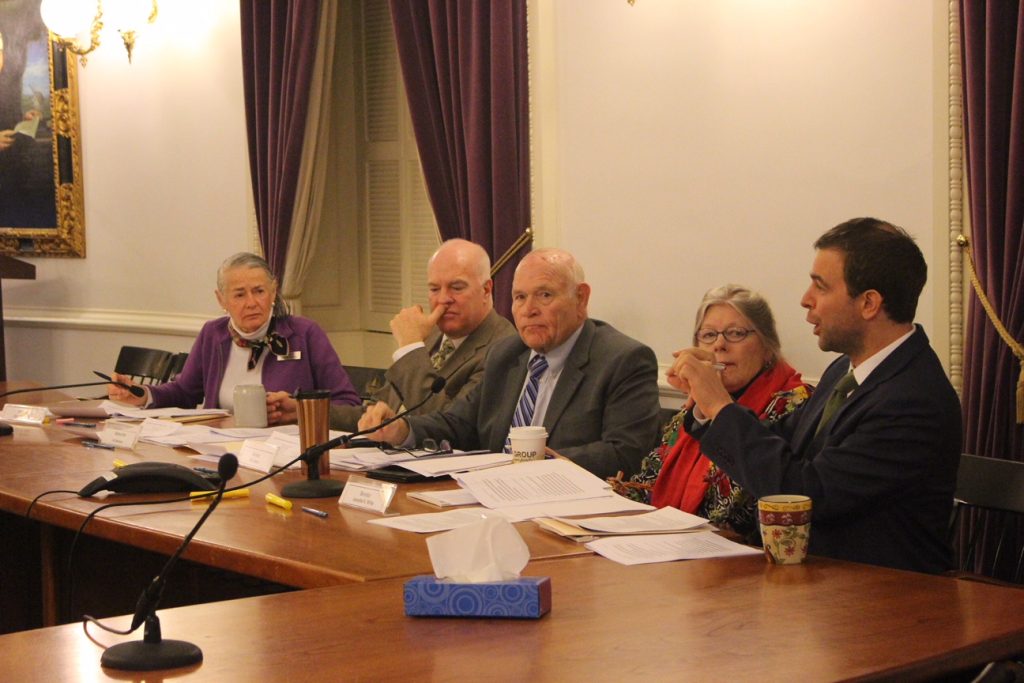 NOT THE BILL THEY WERE LOOKING FOR: Some members of the Senate Judiciary Committee were not happy Thursday with the fact that S.55 came back with potentially unenforceable provisions, such as limits on magazine capacity. On Friday, Democrat Sen. Dick Sears, center, tried but failed to get his name removed as co-sponsor of the bill.

After weighing the possibility of amending S.55, which changed after going through the House of Representatives, senators decided instead to concur and send the bill on to the governor’s desk.

As approved by the General Assembly, the bill expands background checks to private sales, raises the purchase age of guns to 21, bans bump stocks and limits magazines to 15 rounds for handguns and 10 rounds for shotguns.

Scott issued a statement immediately following the Senate’s narrow 17-13 vote, and expressed his pleasure with lawmakers for enacting gun control. 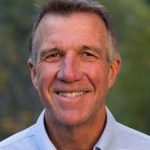 “I put forward an action plan last month with steps to better ensure the safety and well-being of all Vermonters. … I thank the Legislature for responding to my request to act, moving forward on bills that will help keep guns out of the hands of those who shouldn’t have them,” he said.

“As I’ve said, I strongly support the second amendment and all Constitutional rights. I support S.55, S.221 and H.422 because I believe these bills uphold these rights, while taking reasonable steps to reduce the risk of violence.”

Gun rights advocates across Vermont are furious, however. Their message to members of the Senate Judiciary Committee on Thursday was that by limiting magazines and preventing some younger Vermonters from purchasing guns, many people will be unable to defend themselves and their families from threats.

Some members of the Senate Judiciary expressed frustration that a minor bill about handing of confiscated guns turned into a comprehensive gun control package.

“I was opposed to S.55 the way it left the Senate floor, though I was in favor of it when it left our committee [when it was just about gun storage],” Sen. Joe Benning, R-Caledonia, said. “And I certainly got more concerned after it came over from the House, and now we are making decisions on how to best try to address those provisions from the House that are especially onerous.”

He went on to say he was torn between trying to make the bill better and letting it stumble and fall.

On Friday, Sen. Dick Sears, D-Bennington, chair of the committee, requested to have his name as co-sponsor removed from the legislation, but was denied. Sears attempted to strip out the ban on high-capacity magazines during the committee process, but the whole Senate voted  against his amendment, leaving the ban intact.

In one instance, Benning and Chris Bradley, president of Vermont Federation of Sportsmen’s Clubs, had a discussion on how the ammunition capacity limit could put law-abiding citizens at a disadvantage against violent criminals who don’t follow the law.

“There are millions of devices on the streets today,” Benning said. “If an aggressor advancing has one of those and I am limited by law to a 10-round magazine, what good is the argument for a right to self-defense in the Constitution?”

“It seems to me that a person between the ages of 18 and 20 can be threatened and be in danger to the extent where a relief from abuse order could be issued, yet in that critical time they may be summoned to take a course for firearms defense and is encumbered by waiting until what is likely to be a seasonal gun safety course can happen.”

“There is quite literally almost no way that law enforcement can enforce section 8,” he said. ” …  I will not belabor this, but magazines are not typically serial numbered, and they rarely have a date of manufacturing on them.”

He explained that if an officer finds one of these high capacity magazines, his or her ability to prove when or where it was purchased, or when it was manufactured, will “be virtually impossible.”

Sears questioned whether anyone in law enforcement is even going to take the new measure seriously.

“I’ve also heard a number law enforcement people say they are not going to enforce this law,” Sears said. “So, if nobody is going to enforce it, what’s the big deal? I guess that’s a devil’s advocate question for you.”

Attorney General TJ Donovan called in to the committee meeting Thursday and spoke strongly in favor of S.55. On the concern about enforceability, he said there needs to be faith in Vermonters to follow the law. Sears responded by reading a headline from a VTDigger news story that read, “AG’s office: Magazine limit in gun bill ‘largely unenforceable’.”

The headline came from the day before, when the same committee heard Assistant Attorney General David Scherr report that “the attorney general has some serious concerns about the practical enforceability of this measure.”

But Donovan doubled down and said the bill could work simply by trusting Vermonters to follow the law.

“I think the enforceability of that comes down to public awareness and public education and trusting Vermonters — that’s what we do in this state,” he said.

Bradley cited a Vermont Federation of Sportsmen’s Clubs poll on the economic impact of S.55, which suggested that Vermont firearms businesses would be hurt by the legislation. Of those businesses polled, 11 responded that S.55 would negatively impact sales. Ten said they may possibly relocate out of state due to the legislation.

In response to the Senate’s move on guns — especially the ban on standard capacity rifle magazines — Texas-based Magpul Industries and the editors of Recoil Magazine announced they will be delivering 30-round AR-15 rifle magazines to Vermonters overnight and free of charge as part of an operation dubbed “Green Mountain Airlift.”

Recoil Executive Editor Rob Curtis expects to give away 1,200 of the PMAGs starting 2:30 p.m. Saturday in front of the Vermont Statehouse in Montpelier.

“We’re grateful to MAGPUL’s Duane Liptak for spearheading the overnight donation of 400 pounds of freedom to the Green Mountain State,” Curtis said Friday in a statement. “His swift action means we will get the magazines here before Governor Phil Scott signs S.55 into law, trampling the rights of law-abiding Vermonters.”