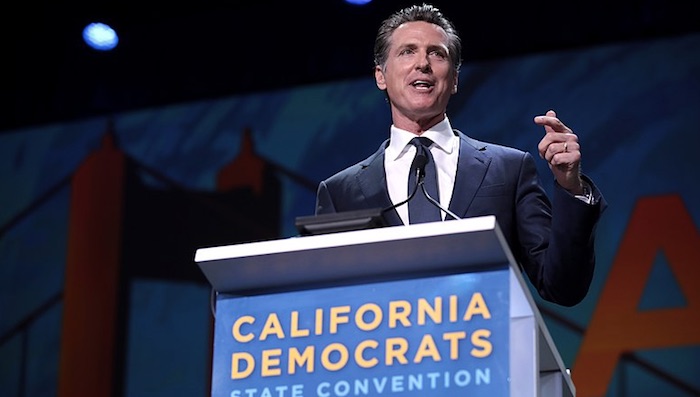 Until recently, conforming to California emissions regulations meant adopting the state’s higher-than-the-feds MPG standards. But that was before Gov. Gavin Newsom’s September 2020 mandate that 100 percent of in-state sales of new passenger cars and trucks are zero-emission by 2035.

As goes California, so goes Vermont. According to the requirements of Vermont state law, Vermont must ban the sale of new internal combustion engine vehicles by 2035 — because that’s what California is doing, too.

14 other states (including every other New England state except New Hampshire) decided likewise, in an effort to shape federal and industry emissions standards.

Vermont’s legislative decision to hitch its emissions wagon to the Golden State’s star was backed up by the courts in 2007 and also codified as a Department of Environmental Conservation (DEC) regulation a year later under Gov. James Douglas. The DEC website states that the Vermont Low Emission Vehicle (LEV) Program ensures that new vehicles sold in Vermont are “the cleanest available by requiring that new vehicles sold in Vermont meet California emissions standards.”

Until recently, conforming to California emissions regs meant adopting the state’s higher-than-the-feds MPG standards. But that was before Gov. Gavin Newsom’s September 2020 “mandate that 100 percent of in-state sales of new passenger cars and trucks are zero-emission by 2035.” This regulation would effectively ban the sale of all internal combustion engine vehicles.

According to Newsom’s September, 2020 statement:

New England consumer advocacy groups, including Vermont’s Ethan Allen Institute, are pushing back against California’s aggressive move to essentially wipe out internal combusion transportation. “In response to California’s executive order, a new multi-state coalition – represented by the Ethan Allen Institute in Vermont –  has formed to raise awareness about these California-derived regulations and the ICE ban that will negatively impact most of New England,” a statement from the EAI said. A press conference has been called for 11 am tomorrow.

“First, Vermont is not a colony of California. It is anti-democratic and irrational for Vermont lawmakers to cede regulatory authority over our vehicle standards to another state. In 2000, The State of Vermont adopted California’s Low-Emission Vehicle criteria and Zero-Emission Vehicle (ZEV) regulations. Minimizing air pollution by regulating tailpipe emissions is one thing, but imposing a blanket ban on the dominant vehicle technology is another.

“Second, technology bans and mandates cannot succeed in the absence of affordable alternatives. Banning gasoline-powered vehicles cannot and will not force a transition to zero-emission vehicles because ZEV technology is not affordable or easily available at present. Electric vehicles (EV) have miles to go before they can compete in the market without the aid of government subsidies and tax credits. Real solutions would focus on improving EV technology, which involves giving the process the time it needs and the space to fail and evolve. Commanding that ICE vehicles become obsolete by 2030 or 2035 achieves nothing but political points.

“Finally, in the face of record high gas prices and inflation, Vermont policymakers need to expand choices and not limit our ability to commute to work and put food on the table. The vast majority of Americans don’t have disposable income to ride inflation waves and stick to the (Russian) man – as many in positions of power and influence are demanding. Speaking of moral imperatives, we should not implement policies that will make the average Vermonter poorer.”