Many Republican Vermonters are reacting strongly to Gov. Phil Scott’s decision to sign three gun-control bills into law, and some say his flip-flop will have serious consequences come election time.

Since the controversial signing on April 11, True North Reports has heard from gun owners who say that “hysteria” over school shootings is tarnishing a more than 200-year-old reputation of Vermont as the safest pro-gun state in the union.

Alan Lathrop, of Bristol, said the issue facing Vermonters isn’t gun control: “It’s all about self control,” Lathrop told TNR. “Gov. Scott’s new laws will do nothing for us and I will not make the mistake of voting for him again.”

Chris Gibson, of Starksboro, describes himself as a “proud Vermonter,” but he said he feels betrayed by both the governor and his local state representatives.

“This week is the first time in my life I have been ashamed to be a Vermonter,” Gibson told True North. “Gov. Phil Scott has proved that his word is no good; he caters to out-of-state interests. These bills in no way made anyone safer — all they do is infringe on the rights of law-abiding citizens.

Gibson said the new laws wouldn’t work since “criminals to not obey the law” and “murder is (already) illegal.” He said the state was following an agenda “pushed by former New York City Mayor Michael Bloomberg’s ‘Everytown for Gun Safety’ movement,” and that people need to wake up and vote against Scott and numerous state lawmakers.

“My Addison County representatives put out-of-state interests ahead of the constitutions of the United States and Vermont. Sen. Clair Ayer, GOP Rep. Fred Baser, and Democrat Rep. Dave Sharp should be removed, along with all the others. … I would never vote for any of these individuals, and will certainly encourage others never to, as well.” 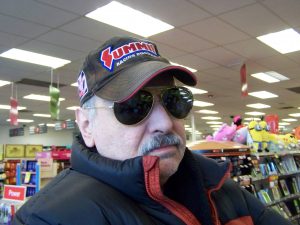 Thomas Sinacore, Ret. NYPD: “Gov. Phil Scott is just another Vermont RINO (Republican In Name Only). I have to say that the governor has lost a lot of Vermont voters, many just like me. I have no intention of voting for Scott for re-election.”

As a gun owner and lifetime NRA member, the ex-cop thought he had relocated to a safer, more secure state compared to his gun-restrictive Empire State. But now he’s not so sure. The Green Mountain State, he said, is losing its reputation as a place where “libertarian” gun rights have been in place since colonial days.

“I am deeply disappointed with Gov. Scott. He is wrong by punishing law-abiding Vermonters with the signing of S.55, S.221 and H.422 into law,” Sinacore told TNR.

“I moved to Vermont for its heritage of freedom, its live-and-let-live ideas about personal freedom, gun ownership laws, (and its) generations of hunters and outdoor enthusiasts. Now I believe Vermont is becoming a socialist state — we have lost our way in what it means to be a Vermonter.

In Sinacore’s view, state legislators “overreacted” to  the Feb. 14 Florida high school shooting incident and also the ‘would-be-assassin’ Jack Sawyer case in Fair Haven. However, he said the Vermont Supreme Court was right to let Sawyer off last week after ruling that his thoughts against Fair Haven High School, as exposed in February, did not constitute attempted first-degree murder or attempted aggravated murder.

“The court ruling stated that there simply was not enough evidence to hold Sawyer in jail without bail. I agree. The rush to cradle us from harm reminds me of the sci-fi movie ‘Minority Report’ and its chilling pre-crime police state.”

He added: “I say this as a proud, retired New York City police veteran. I’ve seen crimes and killings during my time in the city, but what I observe today is pure hysteria; it’s a kind of creeping neurotic behavior all across society.

“Technically, neurotic behavior is when a person displays automatic behaviors that are supposed to relieve fear or anxiety for the sake of personal security. We see this behavior emerging now on a vast scale. And I think this kind of thing is clearly wrong when you look at the emotional response to guns.”

Some Vermonters pointed out the contradiction that while the Green Mountain State has been one of the safest in the nation while having near total gun freedom, gun-control centers such as Chicago and even London are seeing murders spike to unprecedented levels.

Sinacore predicted that Scott would be a one-term governor because he’s already lost Republican voters, and Democrats will vote for a Democrat candidate for governor.

“It’s frustrating being a Republican right now — we have such weak, spineless leadership here, except for President Trump,” he said. “Gov. Scott talks about being a gun owner himself, but it’s clear he doesn’t appreciate or understand guns or the Second Amendment and the constitutional rights of Vermonters. I am afraid he’s just another Vermont RINO (Republican In Name Only). … I have no intention of voting for Scott for re-election. He is an embarrassing disappointment.”

21 thoughts on “Vermont Republicans say they are ‘deeply disappointed’ by Gov. Scott”