The new state of Vermont Racial Equity Advisory Panel will meet for the first time on Friday after its designated five members were appointed late last month.

The panel, which was created in response to alleged racism in Vermont’s government, was established via Act 9, which passed during the 2018 Special Session and was signed by Gov. Phil Scott.

Appointees were selected by the speaker of the House, the Senate Committee on Committees, the chief justice of the Supreme Court, the governor, and the Human Rights Commission. The group’s first priority is to recommend candidates to Scott to fill the new position of Executive Director of Racial Equity. 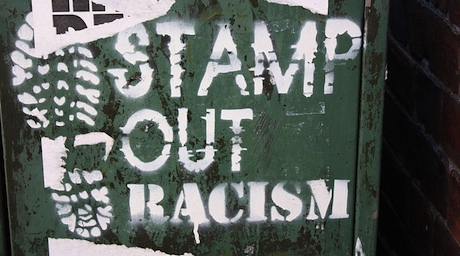 RACISM IN VERMONT?: A new panel of racial-justice activists will look over all corners of state government to make sure there is no unfair treatment of any minority group in Vermont.

The panel also will “implement reforms, advise the Executive Director to ensure ongoing compliance with the purpose of the legislation, advise the Governor on strategies for remediating systemic racial disparities in statewide systems of government and report progress to the legislature,” according to a press release by the Vermont Department of Human Resources.

Beth Fastiggi, commissioner of the Vermont Department of Human Resources, told True North that she believes all panel members have a passion for identifying and rooting out racism.

“They agreed to be on the panel because, I think, they are very passionate about racial equity issues,” she said.

Some of these members already have been public regarding their opinions on social justice and racism in Vermont.

Richards, the former executive director of the Vermont Human Rights Commission, was involved in the development of the state’s model “fair and impartial policing” policy. She also recently spoke to VPR on the allegations of racism against former state representative Kiah Morris of Bennington.

“My concern is that a lot of what I’ve been hearing from white people … is, ‘This is not who we are, this is not our state,’” she said. “But the reality is that it is who we are, and it is our state. And we need to own that.”

Brett, who has worked with the with the state’s attorney’s office, the Burlington Housing Authority, and the Burlington Police Department Victims’ Advocate, is active in using her Twitter account to post about social justice themes.

Seguino is a UVM economics professor who focuses on race and gender inequality especially regarding pay, employment, housing, and health. She also worked with international organizations including the United Nations, the US Agency for International Development, and the World Bank.

Davis is now the vice president for development at the University of Vermont Foundation. Before that he was the interim deputy secretary of the Vermont Agency of Human Services. Davis has made his views on race relations in Vermont known in an online commentary.

“I personally have not experienced overt racism in Vermont — and I traveled the state with Congressman Sanders — but there is certainly some subtle racism,” he wrote.

Waples, a Superior Court Judge, is the daughter of Chinese immigrants. She was born in Canada and later moved to the U.S. When she was sworn in by Gov. Peter Shumlin in 2015, and one of her first comments to the media concerned race.

“I am humbled by the confidence Governor Shumlin has placed in me and I am grateful for his vision in bringing diversity to Vermont’s judiciary,” she said. “It is a privilege to be part of the changing face of this great state. The law must work for all or it works for none.”

Fastiggi told True North that panel members will look for statistical disparities regarding race in Vermont and propose ways to address them.

“One of the things will be kind of taking a data-driven approach, looking at racial disparities in statewide government systems, both internal and external, and then reporting progress back to the legislature as well as advising the governor on strategies for remediating or mitigating any issues that are found,” she said.

She stressed that the role of the new director is not going to be of a dictatorial nature.

“[He or she] is not trying to be in an ‘I’ve got you’ role, but more impartial: ‘This is what we see as a problem, let’s work on solutions,’ rather than ‘You are doing all these things wrong, this is so horrible.'”

Asked if she believes Vermont has a problem with racism, she responded that the subject needs to be a discussion everywhere, including Vermont.

Fastiggi said the first meeting on Friday will provide a glimpse on how the panel will address whatever systemic racism may exist in Vermont.