Linda Sullivan, D-Dorset, has recently written a series of insightful commentaries that discuss why “why we seemingly are doing very little to attract business to Vermont.” It is clear that Sullivan has put a lot of thought into answering this question. And for the most part she gets it right:

“We’re going to need to figure out how best to attract external investments if we are going to have much chance of increasing economic opportunities for Vermonters, of achieving meaningful and sustainable increases in wages, of expanding revenue and tax bases so as to begin to lessen our reliance on property taxes, and of obtaining sorely needed transportation, housing, health care and communications infrastructure improvements. We are in a competition with other states for those investments — a competition in which we’re not competing in any significant way.”

Bravo. That needed to be said. Still, Sullivan needs to be corrected on one point: She claims that “developing the right strategy to attract business … will likely also require careful design of specifically tailored economic incentives (yes, even tax incentives).” Attracting new businesses to Vermont is a laudable goal, but tax incentives are not the way to do that. 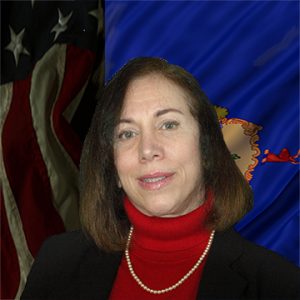 Granting subsidies on a case-by-case basis is the wrong approach to economic growth for two reasons. First, there is little evidence that subsidies and tax breaks for select companies will help spur economic growth. From 1998 to 2015, Vermont handed out over $235 million of subsidies (taxpayer dollars) to companies in the form of grants, low-interest loans, tax credits and training reimbursements. These subsidies have not made Vermont a business powerhouse.

Second, if Vermont extended its subsidy programs, it would inevitably end up prioritizing established businesses that are on good terms with politicians/regulators, over new businesses and potential start-ups that lack these connections. Subsidies also inevitably prioritize larger businesses. Many government grants have a low probability of going to any one business, so the only businesses that are willing to accept the risk in obtaining these grants are those that have multiple and sizable revenue-generating assets which would preserve their business in the event that the business does not receive the grant. Once several businesses suddenly reapportion their budgets away from satisfying customer demands and toward subsidy-seeking, Vermont consumers will necessarily be worse off. Worse still, tax incentives undermine the notion of our government as a neutral arbiter that protects the right of Vermonters to operate businesses without favoring one business over another.

Nevertheless, many of Sullivan’s proposals are worth considering. (Or rather, her willingness to identify all too prevalent “half solutions” that have been proposed by those who refuse to admit that Vermont needs more business investment.) Sullivan acknowledges the impossibilities of:

Sullivan is astute to note the impossibilities of finding solutions that involve extensive government involvement in the Vermont economy. She should recognize that tax incentives are also incompatible with a vibrant business environment. It is only through creating a business environment with predictable regulation and reasonable taxation that we can truly make Vermont an economy that leads the way in New England.

Reprinted with permission from the Ethan Allen Institute Blog.

One thought on “Vermont needs more business investment, but not from tax incentives”