Editor’s note: This article was updated at 8:45 a.m. Wednesday.

While perennial political candidate and semi-retired businessman H. Brooke Paige doesn’t describe himself as a latter-day “David” in his fight against the state’s “Golaith” Act 46 school consolidation law, he does rather like the ending of the Old Testament story. 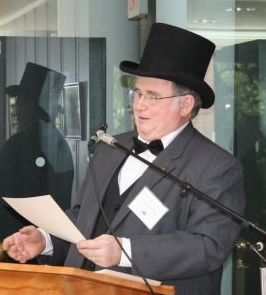 H. Brooke Paige: “How can Act 46, a law that threatens, intimidates, coerces, demands and bribes the good citizens of Vermont, be right, let alone legal?”

In September, the Washington, Vt., resident filed a civil action that challenges the state’s “actors” and their law.

“If I fail with this lawsuit there will be no local control of schools in Vermont,” Paige told True North Reports. “This is a last stand. This is it.”

Paige said he began the civil action in May when it was clear to him Act 46 violated the state Constitution, state election laws, and the Vermont Supreme Court Brigham decision. That 1997 court ruling struck down an earlier education funding system with instruction to legislators to devise a better system to eliminate inequities on the local school district level.

Paige spent $1,250 of his own funds researching and preparing the suit and then filed the necessary documents in Orange County Superior Court.

“So far, no one has dared ask how Act 46, a law that threatens, intimidates, coerces, demands and bribes the good citizens of Vermont, can be right, let alone legal. Well, that’s just what I am doing,” he said.

Earlier this year, Paige and other town of Washington residents were upset with the move to consolidate the local school district.

“In the town of Washington we are being treated like a step sister in the merger move, but we are going to be underwriting the majority of this merger with the Orange School,” Paige said.

“There are pages and pages describing the merger process — 50 to 60 pages of boilerplate provided by the Agency of Education. … Nobody in their right mind would read this stuff. It’s just to baffle and gets everyone befuddled. … I don’t think the local school board even knew what was in this thing.”

Paige said that within the Orange Washington Union School District, the two local elementary schools, Orange Center School and Washington Village School, will be merged under Act 46. The schools have approximately the same number and types of students, 130, and the same academic curriculum. However, that’s where the similarity ends. 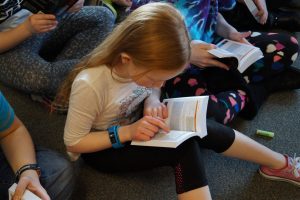 WHO’S IN CONTROL?: Is local control of schools still the right and responsibility of Vermont townspeople?

“We both have about the same kind of kids, yet Orange spends a half million dollars a year more than Washington does to educate the same number of kids,” Paige said. “Orange has no library in town, just a modest one in the school, so Orange kids come to Washington to use our free library. Beyond that, our late 1950s schoolhouse is all up-to-date, we have a sinking fund (money set aside for future needs) to cover things that might come up. … The Orange school has been hobbled together over 100 years and it has no sinking funds.”

Paige points to problems in Orange that Washington taxpayers will have to bear. He cited the need for a new $100,000 school boiler and well, and said Orange students “perform (as much as) 15 percent worse than Washington students.”

“We are nearly identical economically, have the same curriculum dictated by the Agency of Education. So, what can it be? It’s not the building creating these problems. It’s either crappy teachers or crappy management over there. Under Act 46 we’re inheriting half of that,” he said.

But there are other possible damages resulting from Act 46-mandated mergers.

The state Constitution guarantees residents the right to be involved in the education of children. By law, they run local schools, elect a board and vote on school budgets.

“This merger will take half of those guarantees away from me, and it also puts on me (a resident of Washington) an unconstitutional burden of being responsible for the children of Orange,” Paige said. 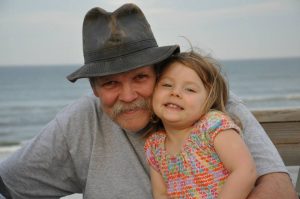 Jay Denault: “We’re trying to hang on to a high-performing school.”

Other voices against Act 46

While Paige’s lawsuit against Vermont is significant, it’s neither the first nor possibly the last. There are other voices of concern being heard around the state.

In August, Karen Horn of the League of Cities and Towns said “there’s some concern that the end result (of Act 46) will just be the power to close small elementary schools.”

Hazen Union School Board member David Kelley told True North he supports the League’s work in scrutinizing Act 46-related activity across the state. “We need to hold Act 46 accountable. … We need to know what the consequences are; we need to know how it impacts property values and tax rates,” he said.

Jay Denault, a resident of Franklin, Vt., is a former chair of both the Missisquoi Union High School Board and the Franklin Northwest Supervisory Union. Recently he filed a criminal complaint against the state regarding Act 46. The complaint involves possible coercion by the state and addresses penalties on communities that do not merge schools. The status of the complaint currently is not known; state officials do not comment on ongoing litigation.

“A merger of Franklin Central School would be financially crippling for our town,” Denault said. “We are not the poster child for merging here in Vermont. We have 122 students; the school is consistently a top performing school in the state. Last year, it was ranked as the best pre-K to sixth grade school in Vermont. And Franklin has among the lowest per-student costs in the state.”

According to Denault, a merger of five schools in the Franklin Northwest Supervisory Union (FNSU) would increase per pupil costs in the town of Franklin by $1,036 per student. In addition, the merger would change student-to-teacher ratios.

“We’d be forced to merge with schools with much higher per pupil costs, much lower student-teacher ratios,” he said. “Our ratio is 15 to 1. One of the schools we’d be forced to merge with has a 9.1 to 1 ratio. So by that fact alone, financially it’s not going to be beneficial for Franklin. It amounts to a $115,000 hit for our town’s annual budget.”

Other downsides, according to Denault, include merging an award-winning school with elementary schools that require corrective actions.

“We’re trying to hang on to a high-performing school,” he said. “We’re a tight knit community here. Everybody knows everybody, and half of the people at the school are community volunteers. These folks feel really great about helping out at the school.”

“If a town votes yes to merge it gets a state merger-support grant, but if it doesn’t vote yes it doesn’t get the money. It’s coercion, maybe even kind of a bribe. The law states that if a town fails to vote for merger, a penalty will be imposed and then the state will step in and do (the merger) for you. That’s why I filed the criminal complaint.”

Meanwhile, Paige expects a court response to his lawsuit sometime in November. He said he’s convinced Act 46 “is unconstitutional and violates the laws of Vermont.”

“The radical progressives decided to take their best shot (at taking away local control of schools) through Act 46, counting on the fact that no one would believe that they would be so bold as to ignore the state’s constitution,” he said. “They must have believed that no one would be willing to expend the time, energy and the resources to challenge them — no school board, no parents group and most certainly no individual citizen like myself.”