NOT GOING AWAY YET: Oil and other carbon-emitting fuel could have been phased out of homes and forcibly replaced by newer, electric-based heating systems, but House lawmakers on Tuesday narrowly sustained Gov. Phil Scott’s veto of H.715, maintaining the status quo.

MONTPELIER — H.715, a bill that would have mandated a switch of heating methods and fuels in an effort to reduce carbon dioxide emissions, fell one vote short of the two-thirds required for passage Tuesday in the Vermont House of Representatives.

Following a period of debate on the House floor, lawmakers voted 99-51 on whether to override Gov. Phil Scott’s veto of the highly controversial clean heat standard and pass the legislation. A full 100 votes are necessary to overrule a governor’s veto.

RELATED: How did your local representative vote? Click here to find out

Supporters and opponents weighed in on the issue before and after casting their votes.

“This bill does not go far enough, yet I feel an urgency enough to act on this policy today as we are out of time with our climate crisis,” she said. “I voted to override the veto because the most regressive thing we can do for our planet and for working Vermonters is to continue our reliance on fossil fuels without creating a viable alternative.”

Rep. Brian Smith, R-Derby, explained why he voted no, siding with the governor.

“There’s not enough lipstick in the state of Vermont to make this pig look any better,” he said. “I hope that I do not have to apologize to my constituents for House Bill 715.”

Rep. Mike Yantachka, D-Charlotte, a supporter of the bill, said sea levels will rise and “we might lose a large part of our national coastline” if action isn’t taken.

“We have to reduce our greenhouse gas emissions — this is real,” he said. “We have to think about what we are doing here today for ourselves, but also what we are doing for our children and our grandchildren who may not be able to see and live in the same kind of environment that we have here today. … And that’s going to cost a lot more money than any increases in fuel prices that the Clean Heat Standard might involve.” 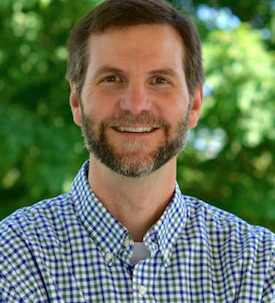 Prior to the roll call vote, Rep. Timothy Briglin, D-Thetford, the chair of the House Committee on Energy and Technology, attempted to refute Scott’s claim in his May 6 veto letter that H.715 lacks information on costs and also delegates clean heat standard policy making to an unelected board, the Public Utility Commission.

“I’m confused by the governor’s veto message on this point that this bill does not require the General Assembly to pass a bill that he must sign in order for the clean heat standard to be implemented,” he said. “H.715 clearly states otherwise.”

According to Briglin, the Public Utility Commission shall not file proposed rules with secretary of state or issue any orders implementing a clean heat standard without specific authorization enacted by the General Assembly. The PUC must, however, submit to lawmakers proposed rules for implementing the clean heat standard on or before Jan. 15, 2024 — the whole assembly would have to approve them afterward.

“A bill encapsulating the rules and regulations of a clean heat standard must be passed by the General Assembly and signed into law by the governor in order to go into effect,” Briglin said.

To Scott’s argument that the Legislature does not have information on the bill’s costs and burdens, Briglin said lawmakers would receive a report early in 2024 about the bill’s impact on customers, rates, fuel bills, total energy spending for end users, CO2 reductions, and overall impacts on economic activity and employment.

“Significant financial and economic information is required here,” Briglin said.  “… The granular detail of the clean heat standard will be before the General Assembly in January 2024 for examination, for debate, for markup, change, testimony and either adoption or rejection. If you decide to move the details of the clean heat standard on to the governor, the governor will have the opportunity to either approve or veto.”

The House then proceeded and sustained the governor’s veto by one vote, with all House members present. The result sparked some protest on social media, beginning with a tweet by state Rep. Mari Cordes, D-Lincoln.

Future generations, our children and theirs, should not forgive us for our failure to act to mitigate the hellscape wrought by the #ClimateEmergency. I am devastated, I am angry, I am sorry, and I will keep fighting. #VTpoli #CleanHeatStandard #veto pic.twitter.com/lZ2qCGRjR0

Dave Silberman, the high bailiff of Addison County, tweeted that Scott was governing like a “climate change denier.”

Congratulations to @GovPhilScott who claims to not be a climate change denier but certainly governs like one. #vtpoli https://t.co/YT4EeQlRjQ

But Hayden Dublois chimed in, noting that some Democrats voted with Republicans to sustain the veto.

Great to see Vermont Democrat legislators join in to sustain the Governor’s veto!

See how your local House representative voted by clicking here.