When it comes to helping their neighbors, Americans are generous.

We are ranked fourth worldwide in the 2018 World Giving Index, and every December, as news outlets cover stories about homelessness and the needy in the community, the year’s farewell month sees nearly a third of all the annual giving in the United States. 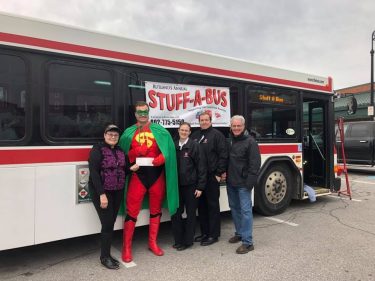 Vermonters are more willing to roll up their sleeves as a way to help local charities rather than sit down and write a check. Last month’s annual “Stuff A Bus” charity event held in Rutland was a resounding success.

To add to the holiday season’s reflection on giving, each year the personal-finance website WalletHub releases a report on the Most Charitable States.

WalletHub posts its report online and includes videos to explain the report’s results. The website also offers visitors a “charity calculator” that enables would-be givers-of-cheer an opportunity to determine the value of giving time or money to get the best philanthropic bang for their buck.

“We determined where the most generous Americans are inspiring others to be more selfless,” said Diana Polk, communications manager at WalletHub. “We compared the 50 states based on 18 key indicators of charitable behavior. The data set ranges from volunteer rate to share of income donated to share of sheltered homeless.”

How did Vermont stand up in the WalletHub report on charity? Not too badly. The Green Mountain State has the most charities per capita of any state and ranks No. 18 in volunteerism. In terms of giving, Vermont is average, ranking 27th out of 50 states.

“Our data set goes from the volunteer rate to the share-of-income donated and to the share of sheltered homeless,” according to Polk. “On the website you will find all our findings. There’s also insight from our panel of experts along with a description of the methodology we used.”

WalletHub used 18 key metrics, and each metric was graded on a 100-point scale, with a score of 100 representing the “most charitable.” The analysts then determined each state’s weighted average to calculate its overall score, and used the resulting scores to rank the states.”

Vermont’s overall performance was mixed. However, the report indicates that Vermonters would rather roll up their sleeves than sit down and write a check as the best way to help local charities. Yet hard donations in the forms of food and clothing also are part of the Vermont way of generosity.

The passage in July of Vermont’s Act 11, which changed the state tax code to benefit all Vermont taxpayers making charitable contributions, may have helped make 2018 an improved year for local charities.

Donahue told True North that Wheels for Warmth, BROC’s program to collect used tires around the Rutland area, was up $8,000 compared to last year’s funds. With Wheels for Warmth, donated auto and truck tires are collected, and the proceeds help BROC’s Crisis Fuel Fund, which keeps low-income residents warm during Vermont’s cold winter.

Stuff-A-Bus took place over three days leading up to Veterans Day. Donahue said volunteers filled three metro buses with donated canned goods and other edibles, an all-time record of 27,500 pounds worth of food.

Donahue said he isn’t sure why volunteerism and giving are better this year than in past years.

“I am not sure if [the rise] is due to the better economy or by the fact that we’ve made a greater effort to reach out in the community where we can help the most,” Donahue said. “Since 2016, residents have become more aware of BROC and how we help in the greater community.” 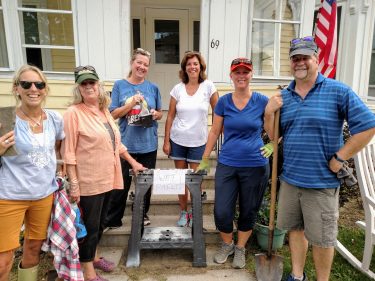 In Vergennes, the John Graham Housing and Services center provides food, shelter and necessaries for those in need living in Addison County.

“John Graham Housing and Services just completed our fifth annual Sleepout to Raise Awareness about Homelessness on Dec. 1,” said Peter Kellerman, co-director, of the center in downtown Vergennes. “It’s our most successful fundraiser to date and has left us humbled and deeply grateful.”

Kellerman said that he was pleasantly surprised by this year’s “wonderful outpouring of support on behalf of those we serve.” He believes the Sleepout event’s success shows an increased awareness of the struggles facing those who suffer homelessness.

“We are proud to be a member of an excellent network of community partners, dedicated to embracing the needs of both the homeless and all who struggle to sustain themselves and their families,” Kellerman told TNR. “Locally, the city of Vergennes has been consistently kind and generous to the John Graham Shelter, as we complete our 38th year of service. We cannot thank everyone enough for their ongoing support to the shelter — the United Way of Addison County, and all our respected colleagues throughout the county.  We welcome the inspiration which flows from kindness.”

“We do see an increase in giving and volunteerism during the holidays,” United Way of Addison County Executive Director Helena Van Voorst told True North. “I am inspired by our community’s care for one another all-year round, but especially as we enter the holiday season.”

She added: “We also see an increase in giving as this year-end approaches. We have been reminding our donors that, despite changes in federal tax laws, Vermont taxpayers can receive a 5 percent of the first $20,000 in eligible charitable contributions made during the tax year thanks to Act 11, which was enacted in July.”