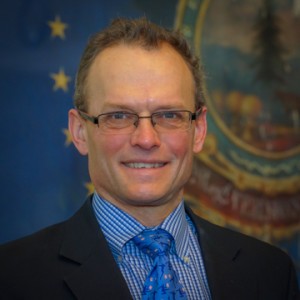 Gun rights advocates in Vermont were ready to let a Senate-approved bill restricting guns for the mentally ill slide.

That is, until the Democratic vice chair of the House Judiciary Committee made a surprise gun grab on Tuesday.

As S.141 moved through committee this week, gun-rights advocates and gun-control sympathizers appeared to have a truce over restricting some mentally ill Vermonters and violent felons from possessing firearms.

On Tuesday, however, state Rep. Willem Jewett, D-Ripton, offered a surprise amendment to make it nearly impossible for some Vermonters to regain gun rights after being reported to the FBI’s National Instant Criminal Background Check System.

By a 7-4 vote, the committee approved a harsh “clear and convincing” evidence standard for rehabilitated citizens who want their names removed the FBI database.

The standard erased the Senate-approved “preponderance of evidence” standard, which permits suspended Vermonters to regain their rights more easily after showing a court they are no longer in need of treatment — a process called “relief from disability.”

Outraged gun rights advocates called off their truce Wednesday, blasting Jewett and rallying gunners to flood the Statehouse to protest a full vote by the House on Thursday.

An email alert from Gun Owners of Vermont claimed Jewett “ramrodded a change” that amounted to “a slap in the face” to the Senate Judiciary and Senate Health and Welfare committees who worked hard to produce an acceptable bill.

A similar email from Vermont Federation of Sportsmen’s Club’s said S.141 was “shanghaied at the last minute,” adding that Jewett had “rendered the restoration of rights practically impossible.”

After taking flak all day Wednesday from irate gunners, Jewett and the House committee waved the white flag, voting 6-5 to adopt the less burdensome standard.

“The standard will be preponderance,” Jewett told Vermont Watchdog in an email late Wednesday.

The committee also removed an arbitrary 18-month waiting period standing in the way of petitioners seeking the restoration of their rights.

“The House Judiciary Committee took out the Jewett amendment from yesterday, the 18 months is gone, and the evidence required goes back to a preponderance of the evidence,” Hughes told Vermont Watchdog on Wednesday evening.

“They got so many emails and phone calls and so much hassle.”

“I do not support that language. We had a waiting period, which I am not committed to, but we rejected the clear and convincing (standard). Our committee decided on a preponderance of the evidence,” she said.

“I’m not sure exactly what made Willem Jewett decide to bring an amendment to swap the 18-month waiting period for a rise in the standard of review from a ‘preponderance of the evidence’ to ‘clear and convincing evidence,’” Benning told Vermont Watchdog.

Benning, who successfully negotiated the initial five-year waiting period down to 18 months in the Senate, and who also testified in the House Committee on Judiciary, was pleased with the committee’s decision to eliminate the wait altogether.

“This is an arbitrary waiting period that does two things I didn’t like. First, it presumes a person is not competent to own a gun, which is the reverse of the way it should be if one presumes gun possession as a constitutional right, which it is,” he said.

“Second, it has nothing to do with facts on the ground — those facts which a judge has.”

According to Benning and other critics of the “clear and convincing” language, the standard is unacceptable because it requires petitioners to have expert witnesses and lawyers, and is akin to presuming guilt.