Vermont has new seats opening at the state, local and federal levels for the 2022 elections, and Republicans hoping to make gains are feeling emboldened by new polling numbers and a series of blunders by the Biden administration. 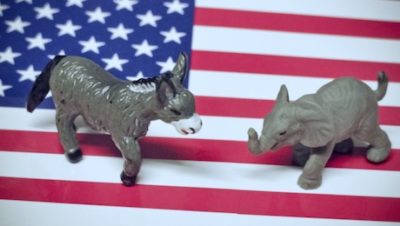 RESHUFFLING THE DECK: Both major parties are in the early stages of lining up candidates for new seats opening at the state and federal level.

In Vermont’s biggest city, Burlington, the GOP has no representation on City Council. However, Councilor Chip Mason, D-Ward 5, announced on Wednesday that he will not run for reelection, creating an opportunity for Republicans and independents.

Based on national trends, Republicans have good reason to feel emboldened, even in Vermont. The Democratic Party has been plagued by high inflation, election scandals, and a COVID-lockdown backlash. In addition, a new CNBC poll shows the GOP now holds a historic 10-point advantage in which party Americans say they want to lead Congress.

In an interview with TNR on Friday, state Rep. Mark Higley, R-Lowell, said Vermont Republicans are actively seeking out candidates.

“I’ve actually sat down with other Republicans and racked our brains and said, ‘who can we get out there, and we need to get them out early,” he said.

The Vermont Secretary of State’s Office wants to get redistricting done by April 1, but Higley suggested that could be a challenge. He said if Republican candidates choose to make their candidacy announcements after redistricting is announced, that could place them at a disadvantage to opponents who start earlier.

Rep. Samantha Lefebvre, R-Orange, is the new vice-chair of the Vermont GOP. She said she’s heard some big names discussed in conversations, but no announcements yet.

Lefebvre said there’s a focus on statewide elections “because their current position as a senator or as a House representative could all change, and they won’t know that until the end of May because of the redistricting,” she said, adding that statewide offices won’t be shuffled by redistricting.

She noted that with Gray running for U.S. House, the lieutenant governor’s seat is appealing for Republicans. She said some Republicans are also eyeing a run for Congress.

“I think it was like four pretty strong names that have thrown their name into the ring for running for Welch’s position,” Lefebvre said.

She added that she is unaware of anyone showing interest yet in running for Leahy’s Senate seat.

Lefebvre said there’s always disagreement within the party, but that can be OK, since it comes down to winning over voters.

“It’s all about who wants to work, who is going to put in that ground effort and do well with the campaign,” she said.

Vermont remains the only state in the union that has never had a woman senator or representative in the U.S. Congress.