While the Trump administration is taking action to reduce food stamp fraud, the president’s critics are crying foul, and Vermont Attorney General TJ Donovan is urging citizens to voice their opposition to coming changes in the program.

In the U.S., about 42 million people use the Supplemental Nutrition Assistance Program (SNAP), also known as food stamps. Individual use of the program is around $126 per month per person. 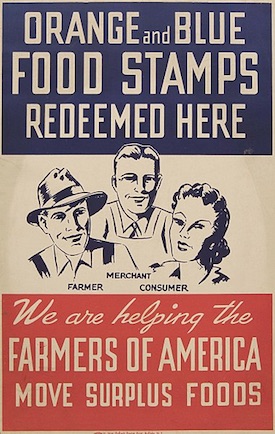 The Trump administration argues that a rule change by the U.S. Department of Agriculture, which oversees the program, is necessary to stop rampant abuse that in come cases has allowed even wealthy people to obtain food stamps.

Presently, 43 states let residents be automatically registered for SNAP if they already receive Temporary Assistance for Needy Families (TANF). According to the Trump administration, those automatically qualifying for SNAP through TANF were not having their assets reviewed in the same way as those applying for SNAP without TANF. The rule change now mandates that TANF recipients have their assets and income reviewed accordingly.

Also, to qualify for SNAP under this proposal, the household must have been getting TANF-funded cash or non-cash benefits of at least $50 per month for six months. Non-cash benefits would be restricted to work supports, subsidized employment, or childcare.
Last week Donovan said an estimated 3 million Americans would be prevented from using food stamps if the president’s plans are implemented.

Donovan says this new policy keeps food away from those who need it most. He estimates up to $7.5 million in Vermont’s federal support would be cut.

“SNAP is a successful program that lifted 8.4 million people across the country out of poverty in 2015 alone,” they wrote. “Vermont’s automatic enrollment of SNAP recipients is an important piece of the program’s success. It allows families to build the assets they need to lift themselves out of poverty without fearing that they will lose their benefits. A single parent shouldn’t have to choose between a promotion and school lunch for their children.”

But Shelly Palmer, a former state House candidate from Williston, agrees that food stamp abuse is a serious problem. In addition to serving as a bail bondsman and having worked in federal immigration enforcement, Palmer is a fraud expert, specializing in money laundering and counterfeiting.

He says food stamp fraud is abundant in Vermont. In particular, he cites a cards-for-cash scheme in which SNAP card holders who want cash for drugs or other illicit goods will purchase groceries for non-SNAP users in return for hard cash — for example, 50 cents on the dollar.

“Now they can buy heroin, cat food, cigarettes, prostitutes, anything they want,” Palmer said. “When you look at the food stamp benefit program, a significant percentage of it goes for not-food-stamp stuff.”

“There are many people who collect many benefits, and there’s little or no accountability for giving out these benefits,” Palmer said. “So they get a disproportionately large amount of stuff and the people who are actually eligible and deserving of the benefits get less.”

The number of documented food stamp fraud cases nationwide is increasing significantly — up to $592.7 million in 2016 from $367.1 million in 2012 — according to data from the U.S. Department of Agriculture. That includes reported cases only.

The Vermont Department for Children and Families sees fraud as serious enough to justify a “Report Benefits Fraud” button at the top of its benefits page.