In a year when inflation and other economic pressures are already challenging Vermonters, the cost of electricity is set to go up about 8%, according to one major electric utility.

Vermont Electric Co-op, the largest locally-owned electric distribution utility in the state, anticipates a $4.8 million increase in power supply costs over 2022, and is asking for an 8.19% cost hike from customers to help absorb the burden.

According to a VEC press release, shortages of natural gas are one of the big reasons for this development. 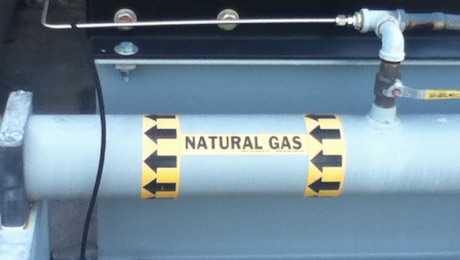 AFFORDABLE BUT NOT READILY AVAILABLE: Natural gas continues to be one of the most cost-efficient fuels for electric and heat production, but Democrat policies have restricted access for the New England region.

“The primary driver for the increase request is the significant upward pressure on the cost of wholesale power, primarily driven by the worldwide shortage of natural gas,” the release states.

“We know that this is a challenging time for many VEC members and this increase is not good news,” she said. “We have done our very best to keep the rate request as low as possible given the significant cost increases VEC is facing.”

ISO New England says natural gas use is up overall

Ellen Foley, who heads public relations for ISO New England, told TNR that natural gas use is way up in New England compared to recent years, and that new investments are trending toward wind and solar energy.

“In 2021, natural gas power plants produced 46% of the electricity produced in New England, up from 15% in 2000. But as we move forward, most of the proposed new resources are wind, solar, or battery storage,” she wrote in an email.

She added that there may be shortages in natural gas if winter temperatures are harsh, but that VEC has plans in place to handle it.

“In the event prolonged cold snaps develop, ISO New England has procedures in place to monitor energy supplies and identify potential problems early enough for the region to take proactive measures, such as expedited fuel deliveries or asking for public conservation,” she wrote.

Page 18 of ISO’s Regional Electricity Outlook details pricing for different energy sources. The graph on that page shows that natural gas consistently prices below the wholesale electricity price, suggesting it’s a benefit to ratepayers to continue embracing the energy source.

A survey of VEC members for the year 2022 found that while members do support continued investments in renewables, they express interest in keeping natural gas and nuclear as viable options.

“Members continue to feel that providing electricity from solar and hydro power is important. Although the importance of providing power from nuclear energy and natural gas remains low, both have increased in importance from most of the previous studies,” the survey states.

At the national level, the Biden administration has been implementing policies that are inhibiting efforts to get more natural gas into the New England Region. A report by the Daily Caller from earlier this year details how ISO New England approved to cancel a natural gas infrastructure project would have powered an additional half million homes.

“While the power plant would’ve boosted electricity supply in the New England region, opponents of the plan said it would be counterproductive to local climate goals,” the report states. ISO New England is quoted suggesting that the timeline for the plant’s construction was not fast enough.

Last month the Wall Street Journal published a story warning New England states that they could be prone to blackouts this winter due to the region’s management of energy sources in the face of rising demand.

“New England power producers are preparing for potential strain on the grid this winter as a surge in natural-gas demand abroad threatens to reduce supplies they need to generate electricity,” the report states.

About 60% of VEC’s total budget is spent on “power supply and the transmission system to deliver it.” Green energy’s true costs to ratepayers are masked due to a steady reliance on taxpayer subsidies for solar and wind energy. Natural gas is known to be a reliable economic driver of affordable energy that keeps electric rates lower.

The Institute for Energy Research estimates that taxpayers will pay more than $40 billion in renewable subsidies between the years 2018 and 2027.