JOHNSON, Vt. — The Vermont Electric Co-op is testing a new energy management device that will regulate Vermonters’ water heaters and energy so the grid can take on more wind and solar energy.

The device manufactured by Packetized Energy is designed to heat water when electricity is ample and sit idle when it is limited. This will not in any way affect the availability of hot water to customers, according to a VEC release. 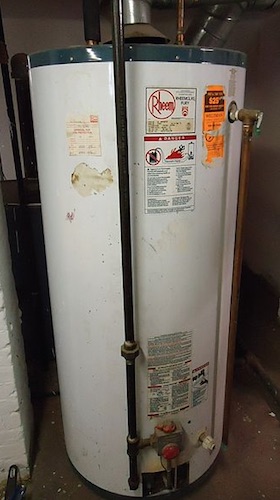 Water heaters across Vermont may soon be regulated by smart gadgets to help incorporate more renewable energy into the grid.

Lisa Morris, energy services planner for VEC, said customers who volunteer will not experience any disruption in water temperature and will also have the option of controlling the apparatus through a mobile app.

“Algorithms and programs are getting much more sophisticated in a way that’s really beneficial to the user who has the device installed, as well as the utility who’s managing the electric grid,” Morris said.

Customers are not bound to the program and will be able to opt out at any time if they decide it’s not working for them, she added.

Morris said programs already are in place that regulate basic electric, space heating, thermostats and batteries, among other things, so this isn’t a new concept. She claims the test device will not affect the way people use energy in their own homes.

“I think it can help us incorporate more renewable energy onto the grid, and that’s one of the things that we really need to tackle,” Morris said. “Traditionally, there were just central power stations and you could kind of turn them off or on depending on the needs of the grid.”

Paul Hines, co-founder of Packetized Energy, said the device resembles the functions of a thermostat, allowing customers to change the temperature as needed and monitor how much they are spending as a result.

“We’ve finished up almost a year’s worth of testing with Burlington Electric, [in] which we’ve learned a lot,” Hines said. “So this is sort of that improved device after that testing, and we’ll continue to be testing as we move forward.”

He said there are sections of the state where there is often too much renewable energy being generated that is thrown away due to wind and solar plants generating more power than is being consumed at the time.

The pilot water heater regulator can make a significant difference in allowing people to use renewable energy whenever it is available, he said.

“That’s really the vision, to make it possible to run the grid reliably with enormous amounts of clean energy,” Hines said.

Hines is confident the program will be successful in its second trial run with VEC, as there were almost no customer complaints during the first trial with Burlington Electric, he said.

“I think we have the potential to help people to have more affordable energy, to better incorporate renewable energy into the grid, and to keep costs low for everybody,” Hines said.