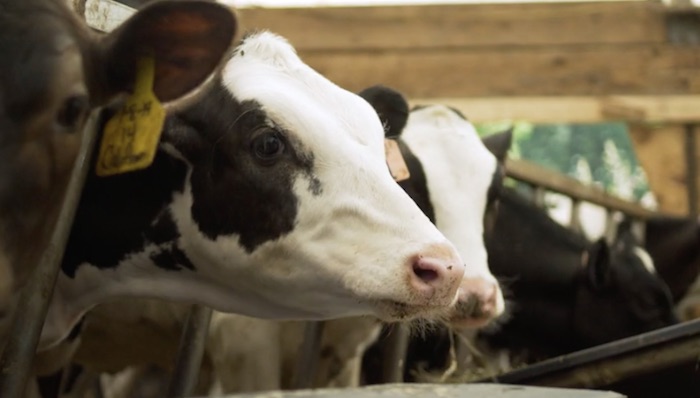 The move against “Big Dairy” is being linked to the U.S. Clean Air Act; the new petition blames large dairy operations for greenhouse gas pollution from biomethane, that is, flatulence-derived cow gas.

Now comes a call by the Sierra Club, and its Vermont chapter, along with the organization’s other state chapters, to petition the White House to regulate emissions by dairy farms with 500 or more cows.

Over 20 other environmental groups have joined the Sierra Club by signing the petition.

The move against “Big Dairy” is being linked to the U.S. Clean Air Act; the new petition blames large dairy operations for greenhouse gas pollution from biomethane, that is, flatulence-derived cow gas.

Several Vermont farms would be affected by any new rules enacted, according to Vermont’s Sierra Club chapter officials.

The Dubois farm, located on Route 17 in Addison, has over 2,000 cows. Perhaps the owners may already see the writing on the wall? Addison County’s largest farm is currently for sale online for over $19 million, listed by Carl Cole Realty in Vergennes.

Another “Big Dairy” operation is Pleasant Valley Farms in Berkshire with over 4,000 head.

“The National Sierra Club had signed on to the letter and whenever our national club takes a position it speaks for all chapters,” Robb Kidd, Vermont chapter conservation program manager, told Vermont Daily last week.

Smith appeared resigned to the Sierra Club’s proposal, but he suggested, lawmakers should take into account that local farmers are already doing a lot to share the burden in climate-change-related carbon reduction.

“Farmers are currently using cover crops to meet the water quality goals by reducing nutrient loss and soil erosion. These same practices also sequester carbon by drawing down carbon from the air and storing it in the soil,” he said.

Smith said many farms in Vermont are already using or are planning to use methane digesters to generate green electricity for thousands of homes.

The Goodrich farm in Salisbury is currently completing work on a state-of-the-art methane operation to provide biogas to Middlebury College (to meet its carbon-reduction goals) as well as neighbors along the gas pipeline right-of-way.

“Vermont farmers are very proud of the role they play in food production,” Smith said. “They are keeping our working land open and productive for both residents and visitors to enjoy; they also provide habitat for a wide variety of plants, animals, fish, and birds. Farmers also provide places for people to enjoy their outdoor interests and helping to improve our air and water quality.”

Smith said farmers take great pride in being good stewards of the land.

But what remains to be seen is whether regulators in Washington, D.C., appreciate what dairy farmers are already doing to address human-induced climate change.