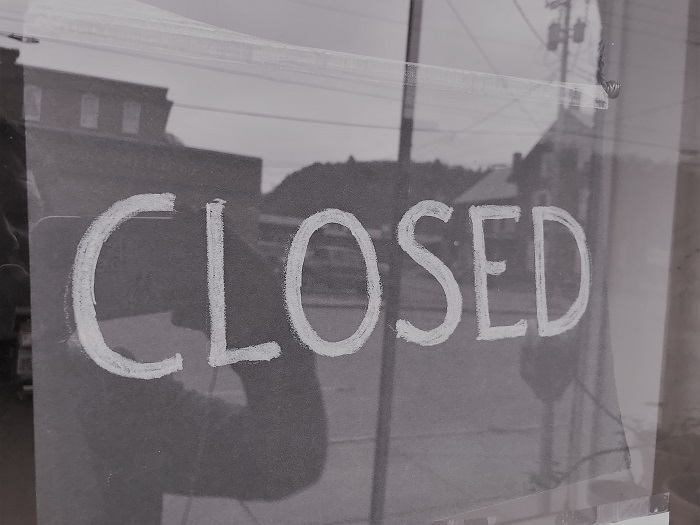 VERMONT SPIGOT STUCK: Vermont is lagging behind many other states in getting businesses back to their normal economic activity.

As many states start to reopen and allow citizens to return to normal, Vermont could miss out on economic opportunities if businesses elsewhere set their sights on freer states.

In Florida, which has been among the first states to lift major restrictions, the state is already seeing new businesses flee pro-lockdown states to make the Sunshine State their own.

“On a bustling stretch of downtown Del Rey Beach, you’ll find more than 100 restaurants, and many — like newly opened Lionfish — are migrating in from out of state,” Sam Brock said, reporting for NBC Nightly News.

The interviewee, restauranteur Craig O’Keefe, replied that Florida is the land of opportunity compared to his home state of California, where restaurants are outdoor dining only and the hospitality industry is operating at less than 50 percent capacity.

Lyle Jepson, executive director of the Chamber & Economic Development of the Rutland Region, told True North Reports that he’s not worried about any businesses leaving the state — at least, not yet.

“I have not heard about businesses moving across state lines, so this is new information to me, but I would be surprised if local in our membership would be doing that,” he said.

Jepson said he has faith in the governor’s COVID-19 policy.

“I think it would be safe to say that we are very pleased with how the governor and the Health Department has handled the pandemic,” he said.

He added that some sectors of the economy, such as the ski industry and live entertainment, are having serious difficulties.

“I would say large venues where they want to get people together — say, in theaters — it’s more problematic for them right now,” he said.

Vermont continues to see significant reductions in economic activity due to its restrictions. Restrictions include restaurants are capped at 75 percent capacity, there need to be plastic shields between servers and patrons at the counters, and more. Restaurant owners back in November told TNR that they wouldn’t survive much longer under tough restrictions.

Vermont is also requiring two-week quarantines for out-out-state non-vaccinated visitors, which is something the state’s highly valued ski industry must tell potential customers that can choose other nearby open states for quarantine-free skiing.

Asked what it would mean for Vermont’s ski industry if out-of-state skiers continue to get to visit Connecticut to avoid coronavirus restrictions, Jepson said, “It potentially could [hurt Vermont], but I think it’s going to be such a short-term thing that it will not have the negative impact that we might suspect.”

He added, however, that “[ski resorts] won’t tell you they are having a good year.”

In Texas, Chris Strayer, the executive vice president of economic development for the Fort Worth Chamber of Commerce, is expecting an uptick in hiring.

“They can take the steps in staging, because it can’t go from zero to 100 and then that brings on the hiring,” Strayer told CBS News.

Mississippi Republican Gov. Tate Reeves recently announced that getting the economy going is important to his administration after his state’s latest reopening. “We have to get our economy rolling so that individuals can get back to work. And I think that’s critically important,” Reeves told CNN’s Jake Tapper.

In Connecticut, Democratic governor Ned Lamont saw his popularity rise as he lifted restrictions — restaurants will soon be able to open at 100 percent capacity.

Many of the states hurt hardest by the lockdowns will receive the most federal money to get out of trouble. For example, Vermont got the second-most federal taxpayer dollars per capita in the nation via the CARES Act.

The coming federal stimulus package that President Joe Biden is expected to sign Friday has been described as a “bailout for blue states” that trend more likely to be locked-down states.

The coronavirus continues to dominate media with headlines of death counts and infections, but CDC data continues to show that younger and and relatively healthy people are at little to no risk of harm.