The Vermont Conservation Voters is set to push “a range of environmental priorities in the coming session” following an election landslide that gave Democrats and Progressives a supermajority at the Statehouse.

“As we face environmental crises that demand action, VCV is thrilled that Vermont voters gave our newly-elected lawmakers a clear mandate to tackle issues including climate change and clean water,” Lauren Hierl, executive director of VCV said in a statement. 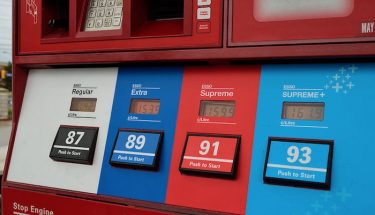 A carbon tax in Vermont based on the ESSEX plan would impose an excise tax of 32 cents per gallon for gasoline, 40 cents for diesel and heating oil, and 24 cents for propane and natural gas.

In 2018, for example, Gov. Phil Scott vetoed green initiatives such as a bill to reduce toxic chemicals in kids’ products.

The group believes this year the bill will likely have enough votes to pass into law, with or without the governor’s support.

That’s just one of several priorities for the VCV outlined on its webpage. Another initiative is the carbon tax. “We must explore and advance policies like carbon pricing to help Vermonters invest in solutions and transition away from fossil fuels,” it states.

Despite many arguments to the contrary, VCV claims that putting  a tax on fossil fuels and providing a rebate on some Vermonters’ electricity bills would “grow Vermont’s economy, protect the most vulnerable, and drive down our climate pollution.”

The renewable energy standard refers to a quota for renewable energy usage which increases every several years. The next big target is to get to 75 percent renewables by Jan. 1, 2032. Appliance efficiency standards refers to restricting the amount of energy that appliances can use, which saves energy but also may affect performance.

Currently, renewable energy sources such as industrial-scale wind and solar power cost more for ratepayers than their non-renewable alternatives, that’s in addition to their own environmental impacts that local communities must consider.

Also, as for the carbon tax, some think tanks conclude that it’s a regressive tax that does little for the environment.

“They can impose a carbon tax, they can mandate renewable portfolio standards, but the truth of it is, they’ll be hurting their own citizens and businesses in Vermont,” he said. “If you want to drive businesses out of state, renewable energy standards and a carbon tax are a great way to do so.”

He cited the high price of renewables, as well as their intermittent nature, short hardware life-cycle and high subsidies.

“You are never saving money with those things, and you are never making the system more reliable — you are just making it worse,” he said. “And the worst thing about it, all these people are like, ‘We care about the poor.’ Well, no, you are killing the poor. Energy costs more as a percentage of their disposable income than for the wealthy.”

John McClaughry, vice president of the Ethan Allen Institute, recently wrote a commentary on what to expect for the upcoming legislative session. He, too, sees a green agenda coming, including the carbon tax.

Brady Toensing, vice-chair of the Vermont Republican Party, predicted after the election that left-wing organizations would be champing at the bit to get this legislative session started to push their agenda.

“I think it’s ‘Katie, bar the door’ for whatever progressive dream they can dream up,” he said.

Other folks on Twitter have stated these progressive agenda items are now a mandate for the supermajority.

Another post, from former VTGOP chair Dave Sunderland, questions how Senator-elect Cheryl Hooker, a Democrat representing Rutland, will feel about a carbon tax.

Rutland #VT would love 2 hear Sen-Elect Hooker's position on the @VTDems Party's proposed $0.77/gal carbon tax on gasoline & home heating fuels. Will she pledge to oppose the imposition of a carbon tax? Will she oppose any legislation that does/could include a carbon tax? #VTPoli https://t.co/J0ctA8f0Tn