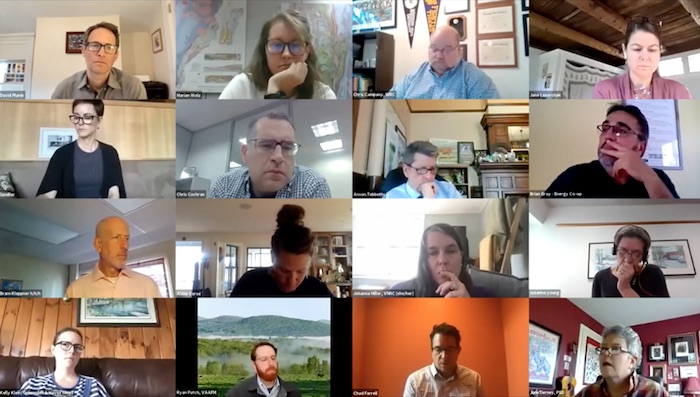 The Vermont Climate Council met Oct. 13 to discuss a range of environmental issues, including equity in energy policy.

The Vermont Climate Council met Wednesday to discuss the implementation of the Global Warming Solutions Act, and to restate that social equity should be central to the council’s policies.

The act, passed last year despite a veto by the governor, mandates reductions in carbon emissions for transportation, heating and energy sectors, and sets reduction percentage targets at various dates leading up to a zero-emissions goal for 2050.

Speaking on the implementation of equity themes was David Plumb, a representative of the Consensus Building Institute based in Cambridge, Massachusetts.

“The first thing we want to do today is have this pause and reflection on just transitions and equity considerations,” Plumb said. “In your subcommittees, you are going to be getting going just this week with [former state representative] Kiah Morris.” 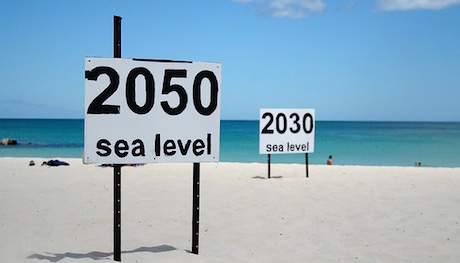 DOOMED UNLESS? Lawmakers continue to assert that if drastic measures aren’t taken to change how people travel, heat their homes and use electricity, Americans will experience catastrophic climate change in the future.

The phrase “just transition” has to do with what some advocates call a “regenerative” economy.

“Just Transition is a vision-led, unifying, and place-based set of principles, processes, and practices that build economic and political power to shift from an extractive economy to a regenerative economy,” ClimateJusticeAlliance.org states on its web site.

Councilmember Bram Kelppner, formerly of the Governor’s Business Advisory Council on Health Care Financing, among other roles, commented that before each meeting, and in their reports, there should be formal statements recognizing that Vermont lands were ultimately stolen from Native Americans.

“We could do it in every meeting, but certainly in our final report I think it important to acknowledge that our geographic boundaries and all of this work is taking place on unceded, indigenous lands,” Kelppner said.

Councilmember Ryan Patch, of the Vermont Agency of Agriculture, commented on what more farmers can do to mitigate their climate impacts, including growing fewer crops.

“We should know, not only for the water-quality space but also for emission reduction modeling that the way that crops are grown, the way that manure is used, the way that cows are fed and handled, and the technologies that are applied. All these categories can have a significant impact on the release of greenhouse gases,” Patch said.

Council member June Tierney from the Department of Public Service suggested that the council could face an uptick in opposition if they don’t better engage with those who share different opinions on energy and climate policies.

“I do not come away with the feeling that we’ve heard from — I don’t know how to call it — the silent majority,” she said. “I don’t know, but there are voices that we are not hearing, and I think our decisions need to be tempered by an awareness of that,” Tierney said.

Council member Sue Minter, who is also executive director of Capstone Community Action, agreed with the notion that the council is not engaged enough with those in opposition.

“This is not the middle or end of the process, it’s really the beginning,” she said. “It’s been an evolving and ongoing process of engagement, so I think it’s really important that we acknowledge that we are not getting a broad representation of voices, as I suspect we will learn.”

Gov. Phil Scott, who vetoed the legislation, has been one of the Global Warming Solutions Act’s critics.

“It is unconstitutional – with the Legislature ignoring its duty to craft policy and enact actual global warming solutions on one hand and unconstitutionally usurping the Executive Branch role to execute the laws on the other,” Scott wrote shortly before its passage.

The Vermont Climate Council’s meeting can be viewed here.