Electric utilities in Vermont are speaking out against the state’s solar subsidies, calling the current rules needlessly expensive for companies and ratepayers.

Vermont regulators are rolling back subsidies used to promote solar development following months of outcry. The issue centers around net metering, a program where owners of solar installation are credited for the excess energy they send back to the grid. This program — intended to promote pro-environmental policies by expanding renewable energy — is controversial because it mandates utilities credit panel owners above market rates. The process ultimately forces utilities to charge higher prices for electricity, even for ratepayers who do not own solar panels and are not involved in net metering. 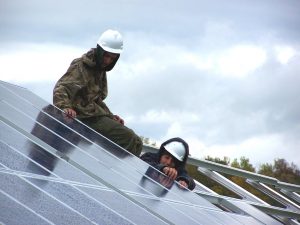 Net metering, a system that began to grow in the 1980s, became a popular way to promote renewable energy. However, as solar panel ownership grew to be more mainstream, the cost of propping up the solar industry has become more uneconomical for state governments.

“We want to serve our customers as best as we can and give them quality, reliable power for the lowest price we can — and net metering doesn’t really help us accomplish that mission,” Mike Sullivan, general manager of Hardwick Electric, explained to Vermont Public Radio. Sullivan’s company is a publicly owned electric utility that serves 4,300 customers across Vermont.

Hardwick Electric, for example, must credit some net-metered installations at around 17 cents a kilowatt hour. Sullivan pointed out that this rate is twice the cost of a solar project his company is making on its own.

“It’s right here in our grid, made locally, and it saves all our ratepayers money instead of driving all our ratepayers’ expenses higher for power, which is what net-metering does because it’s so heavily subsidized,” he stated.

Sullivan is not the only utility leader who has voiced concerns. During a hearing with Vermont’s Public Utility Commission in August, other utility executives spoke bemoaned expensive net metering and the ramifications it was having on their business.

Regulators began to take notice. In a May press release, the Public Utility Commission announced it was lowering rates for numerous net-metered installations, explaining that the program was becoming too expensive.

“These financial incentives also make net-metering the most expensive of Vermont’s renewable energy programs because the utility is essentially ‘buying’ the net-metered output at substantially more than market rates for comparable renewable energy,” the commission said in a statement. “[A] number of Vermont utilities expressed concern about the effect on rates of continued high net-metering prices.”

Many states across the U.S. are taking the same path as Vermont, with a surprising amount of reform happening in New England, a progressive stronghold. Connecticut, New Hampshire, New York, Maine, Idaho and other states have rolled back their net metering programs — with nearly all of them citing rising costs and unfair price increases as reasons for enacting change.

Net metering, a system that began to grow in the 1980s, became a popular way to promote renewable energy. However, as solar panel ownership grew to be more mainstream, the cost of propping up the solar industry has become more uneconomical for state governments. Anthony Klein — a longtime state representative in Vermont and chairman of the House Natural Resources and Energy Committee — expressed his regret in letting net metering proliferate so much under his watch.

“We made a couple of mistakes, and I take responsibility for it,” Klein told Vermont Public Radio. “This is not what we envisioned,” he continued. “We should not be bringing our utilities, our smaller utilities, to the brink of bankruptcies if that’s what it’s going to be.”